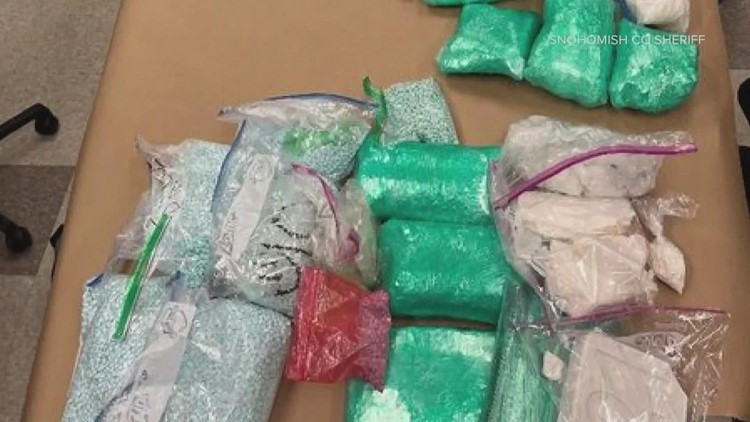 Everett residents said they were surprised by a large drug seizure last week at their apartment complex.

SEATTLE – The Snohomish Regional Narcotics Task Force has seized $1.5 million worth of heroin, fentanyl, methamphetamine and ethanol found in an abandoned apartment in Everett.

The Snohomish County Sheriff’s Office said the property manager found the drugs during the eviction at an abandoned apartment and called 911.

What a surprise for resident Octavio, who was in his apartment on October 19 when the seizure took place.

“I haven’t heard anything like that,” said Octavio, who didn’t want to share his last name. “They steal cars a lot. They jack up the car and open the car and things like that, but nothing to do with drugs. “

According to the Snohomish County Sheriff’s Office, the sheer amount recovered is indicative of a large-scale drug dealer.

Jay Baines, Snohomish County Task Force Commander, said: “We are scratching our heads to find out why they left this amount of drugs in their apartment. drugs that we have discovered. ”

Initially Baines was called to assist Everett PD. In his 15 years as an officer, he said a call like this is rare. Usually, it needs a huge investigation.

Now police are working with the Department of Homeland Security. Those of interest have been identified, he said.

“You know we’re going to try and figure it out, but we’ve pretty much given it to them,” Baines said. will pick it up and run with it from here. “

KING 5 has contacted the property’s manager, but they declined to comment.

This is still an active investigation.