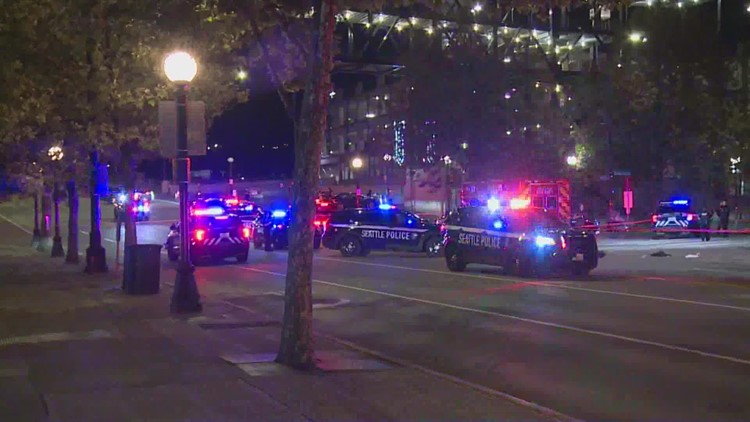 One shooting took place at a Renton gathering and the four other shootings took place in Seattle, where one person was pronounced dead at Cal Anderson Park.

A series of shootings erupted in King County overnight, in which a total of nine people were shot in five separate shootings, one of which was fatal.

One shooting took place at a Renton gathering and the four other shootings took place in Seattle, where one person was pronounced dead at Cal Anderson Park.

The first shooting took place around 11:30 p.m. in South Seattle near Orcas Street. A 21-year-old woman and a 27-year-old man were taken to Harborview Medical Center with gunshot wounds.

The second shooting took place at around 11:30pm at a large gathering at Ron Regis Park in Renton. Two people were taken to Harborview Medical Center in critical condition and two others to a nearby hospital.

In the third shooting, a man was shot dead in Cal Anderson Park around 12:30 a.m. and pronounced dead, according to Seattle police.

Arriving police officers found a man with gunshot wounds on the sidewalk. According to police, several people in the area had already started first aid before officers arrived. Police and paramedics attempted life-saving measures, but the man was pronounced dead at the scene.

In the fourth shooting, Seattle police responded to reported rapid firing heard just before 12:30 a.m. in the SoDo neighborhood

Witnesses told police that several people ran out of Tony T’s after the shots were fired. A woman was injured in the shooting. A bullet hit and shattered T-Mobile Park’s security window.

Heavy police presence in front of KING 5 Studios, currently directly opposite the south entrance of T-Mobile Park. Early indications are that a shooting may have occurred, but it is unconfirmed at this time. We will have updates from 6am on KING 5 Weekend Early Morning News and on KING5.com

The fifth shooting happened at around 3:15 a.m. in Seattle’s Pioneer Square neighborhood.

One person was hit by gunfire at 3rd Avenue South and South Main Street.

Seattle and Renton police are continuing to investigate the shootings. Anyone with information about any of the shootings is asked to contact police.