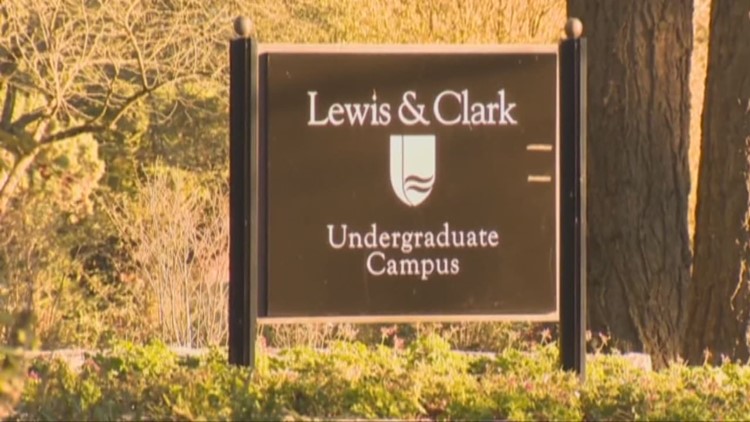 One student was killed and two others injured Monday night after a pillar collapsed on the Lewis and Clark College campus.

PORTLAND, Oregon — A student was killed and two others injured Monday night on the campus of Lewis and Clark College in southwest Portland after a brick column collapsed. Portland Fire & Rescue said.

Fire and rescue crews responded to a report of multiple injuries shortly after 8:15 p.m. The crews learned that a group of six people were in three hammocks hanging from the pillar. No one was trapped under the pillar. Some 911 callers reported that one person was seriously injured and people were performing CPR on him.

A 19-year-old man was pronounced dead at the scene and two 18-year-old women were taken to hospital. Firefighters could not reveal the women’s condition but said one of them had injuries to an arm and the other had abdominal injuries. Portland Fire & Rescue could not confirm whether the women were college students.

The names of the students killed and injured were not released.

The incident happened on the first day of classes at Lewis and Clark College.

“It didn’t matter what day it was, it was tragic,” said Terry Foster of Portland Fire & Rescue. “These kids are trying to adjust to college life, some of them for the first time, and it can be really challenging for them when they have that trauma.”

Foster said that because of the large campus, finding the group of people on campus is a challenge. He added that the shipping log showed the incident was near the campus reflecting pool.

Lewis and Clark College released a statement on their website.

“We are devastated to report that a tragic accident occurred on student campus tonight, killing one of our students and injuring two others,” the statement said. “We are working to contact the students’ families and will report further information as it becomes available. We are deeply saddened by the shocking loss of a member of our community.”

OTHER STORIES: “I’d take it so personally if it happened”: Mom of WSU student who died after being bullied wants to prevent more deaths

Bachelorette 2022 recap: Logan switches back to team Gabby in episode 5