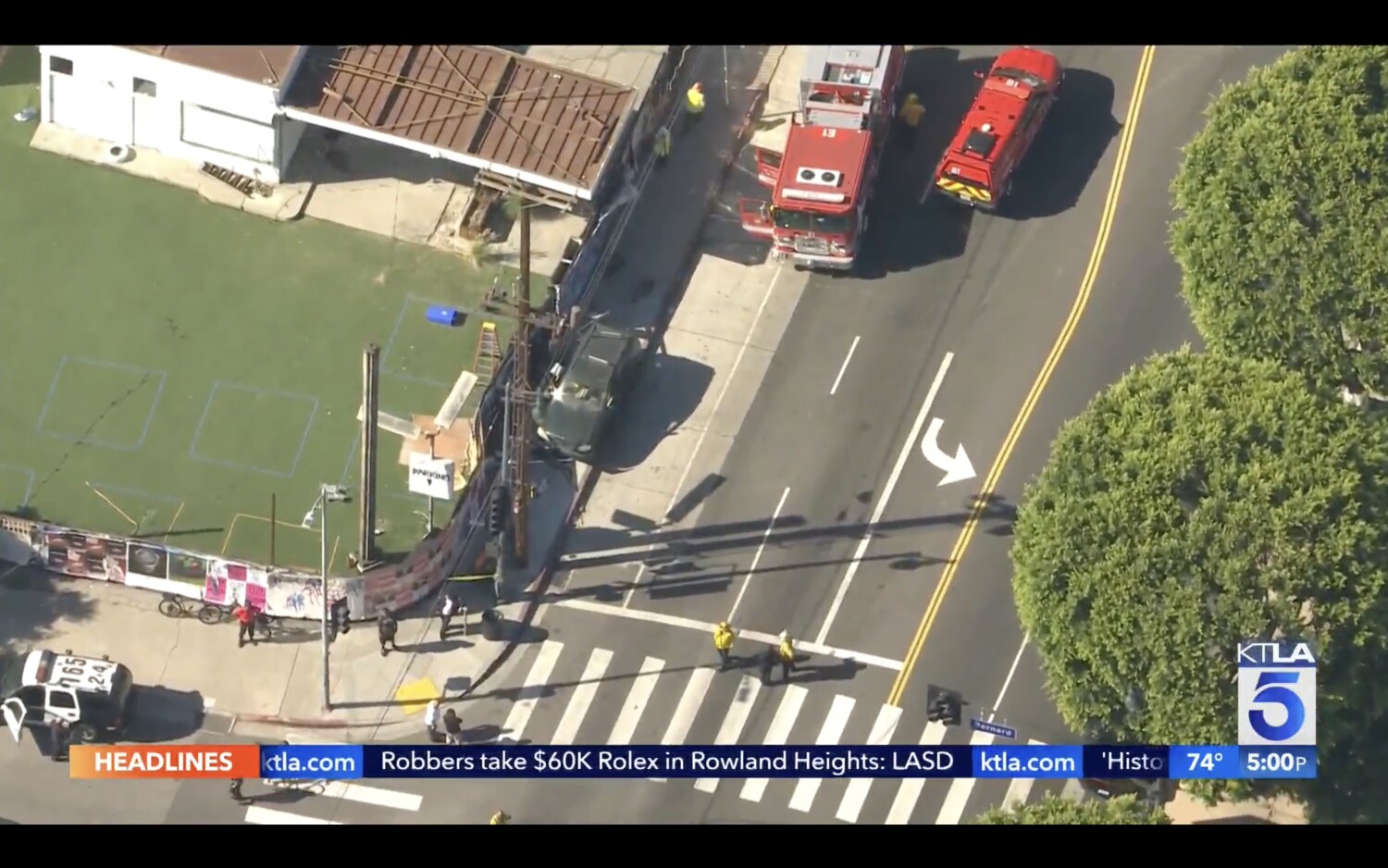 One person has died and another is hospitalized after a vehicle crashed into a bus stop in Elysian Park on Wednesday afternoon.

Police and firefighters were called to the scene around 4:24 p.m. near North Broadway and Bernard Street, according to authorities.

The Los Angeles Fire Department confirmed one person died and another was taken to a trauma center in critical condition.

The vehicle was traveling south on North Broadway when it jumped the curb and struck two men who were sitting on a bench, said Officer Matthew Cruz, a spokesman for the Los Angeles Police Department.

One of the victims was trapped under the vehicle, Cruz said.

He had no information about the driver, including whether he stayed at the scene and cooperated with investigators.

Aerial footage from KTLA-TV Channel 5 showed a green Mercedes-Benz SUV crashing onto a sidewalk, with debris under its front end and a toppled bus stop sign leaning against its rear.

No further information was available on Wednesday evening.