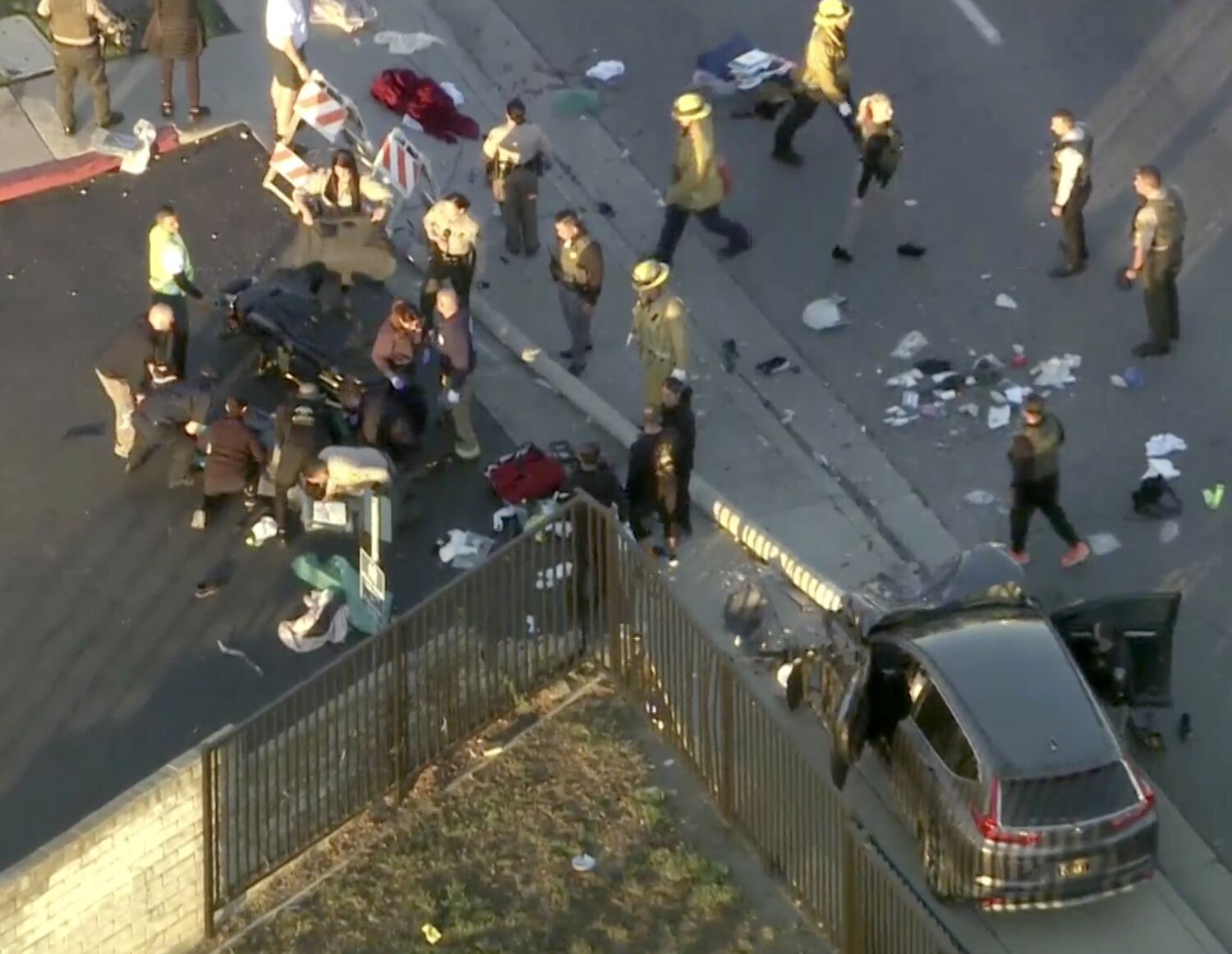 Ten Los Angeles County sheriff’s cadets were injured Wednesday morning when a driver drove into them during a morning run in Whittier, authorities said.

The crash happened near the sheriff’s training academy, near Mills Avenue and Trumball Street, Deputy David Yoo said. It wasn’t immediately clear how badly the cadets, who were members of the STARS Explorer Academy, were injured.

Dispatchers received a call at 6:26 a.m. about an accident involving pedestrians, Deputy Brenda Serna said. The cause of the crash is being investigated, she said.

The recruits were on their morning run as part of their training session, Deputy Grace Medrano said.

Villanueva said the cadets usually walk down streets in group formations, with street wardens and a vehicle following them.

Video from KABC-TV showed paramedics treating the wounded and loading them into ambulances. The vehicle involved in the accident appeared to be an off-road vehicle.

One person was arrested at the scene, Medrano said. She was unable to provide any further personal information.

This is breaking news that will be updated.

CAA agents on the making of a modern movie star

Nick Cannon set to welcome his 10th child: ‘Time stopped and this happened’

The Senate GOP Got Played