100 Thieves is best known for being a gaming group. According to their website, they are considered “the leading lifestyle brand and gaming organization”.

They have some of the most prominent gamers on board, including Valkyrae, CourageJD, Nickmercs, ZackTTG, and Ssumday. They play games ranging from Fortnite and Call of Duty to Fall Guys and Valorant.

Their next foray, however, will be something quite unexpected. 100 Thieves is known for making game content and playing games professionally. According to a new report, the next step they will take is developing the game. 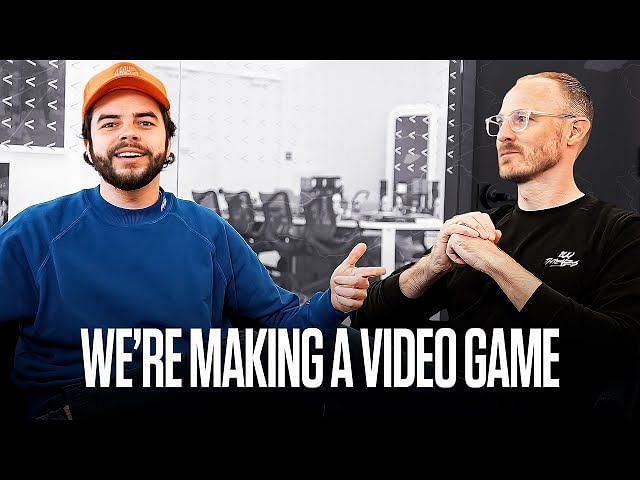 The group has announced their official YouTube channel. Nadeshot, founder and CEO, sat down with John Robinson, current president and COO, to announce the brand’s next step.

Project X is the title of their first gaming project, although few details have been shared. A release date has also not been announced, as it looks like the move is in its earliest stages.

Nadeshot and Robinson are aiming to completely remake the way game development takes place. Their ultimate goal with Project X, beyond the natural aim of making a good game, was to get players, streamers, and pros involved.

“It’s always been a struggle when I’m playing some of my favorite games and I’m waiting for the sequel and these studios just sat in the dark for three years. There is no process by which you feel connected to the development of that video game. “

Most games don’t allow their players to get really high in development, which can make players feel a bit disconnected from the game.

It doesn’t affect much, especially with a high-quality game, but being connected can take it to a whole new level.

The move is to try and make lasting changes to the world of game development, but it’s also a strategic business move by 100 Thieves. Nadeshot has this to say about it:

In the end, if 100 Thieves can make a successful quality game, they will become one of the best game franchises of all time. If they successfully improve the game development process and get more players involved, they might not be among the best. They may be the best.

What Would Happen If Bitcoin's Price Crashes to Zero?

The Disinformation Governance Board, Disavowed