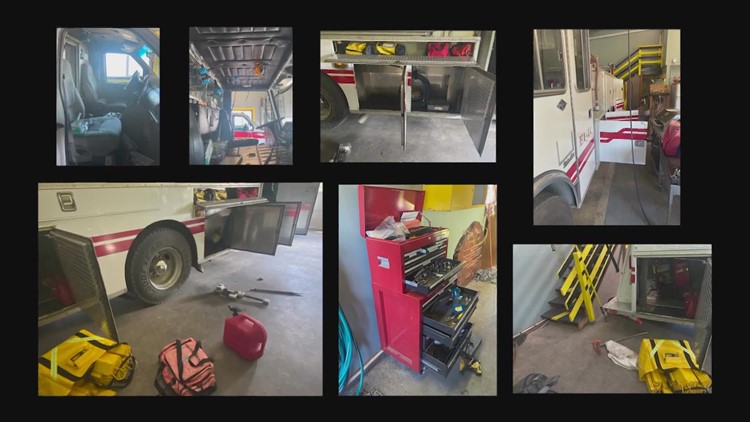 OAKVILLE, Wash. — The Gray Harbor Sheriff’s Office is searching for the suspects who broke into Gray Harbor Fire District 1 and stole life-saving equipment.

According to Hedgers, the thieves made off with various items, including the jaws of life, walkie-talkies, defibrillators and rescue tools.

“The vast majority of the calls we make are medical calls, and the number is increasing every year,” Hedgers said.

There are currently no suspects or leads. The department said it didn’t have surveillance cameras because the budget didn’t have enough money.

“We spend these resources on life safety equipment so we have the tools and resources to provide these services to our citizens,” Hedgers said.

Grays Harbor Fire District 1 is run by volunteers with one full-time employee. The station covers 97 square miles and borders Thurston, Lewis and Pacific Counties. Firefighters respond to 460 calls a year.

“For some of the big metro departments, that’s a drop in the bucket, but for us it’s more than one a day,” Hedgers said.

Despite the loss of critical equipment, Hedgers said the department is able to respond to calls with another fully equipped engine and crews are more determined than ever to serve.

“We have to pick up the pieces and we’ll do our best to keep moving forward and answer the call when the tones die out,” Hedgers said.

Assistant Chief Hedgers has a message who is responsible for this.

“If you look at this, you just have to understand the lives that you put at risk by stealing this equipment,” he said.

The Grays County Sheriff’s Office is asking anyone with information to come forward.

How ID made 'Reasonable Doubt' a true-crime game-changer