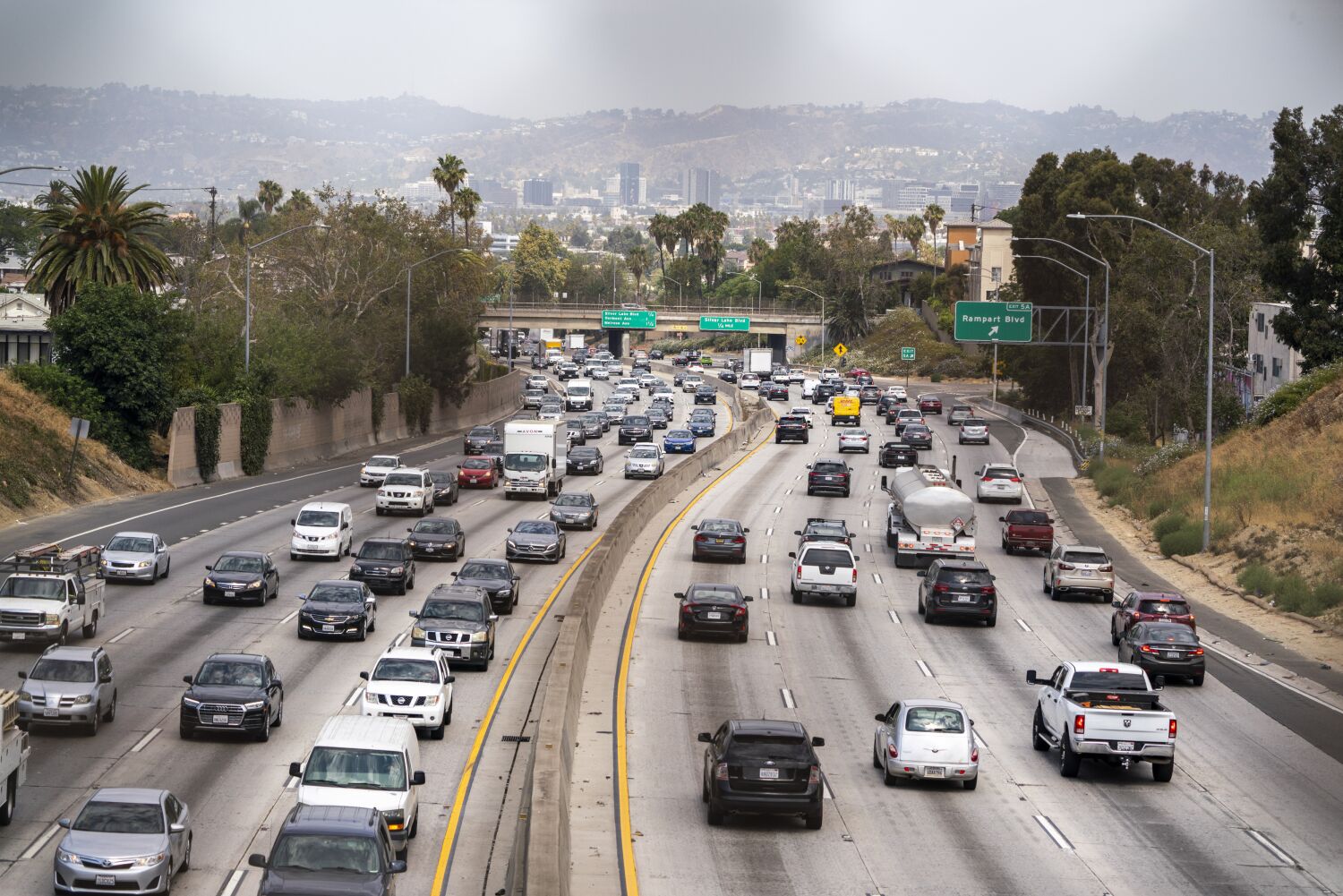 A 1 mile stretch of the 101 Freeway in Encino will be closed for 12 hours beginning Saturday night while crews work to demolish a pedestrian overpass believed to be too close to the freeway.

The California Department of Transportation said it will close all lanes from White Oak Avenue and Balboa Boulevard from 10 p.m. Saturday to 10 a.m. Sunday. Crews will work to dismantle the Encino Avenue pedestrian bridge that was built over 101 in 1959. Caltrans officials said the bridge no longer conforms to the required “vertical clearance.”

Caltrans officials do not plan to reconstruct a new pedestrian walkway to replace the bridge — as originally proposed — after a year-long review process that garnered input from residents living nearby. Many said they did not want to build a new bridge but preferred walkability improvements along Louise Avenue, which crosses 101 about a quarter-mile east of Encino Avenue, according to Senator Henry Stern’s (D-Malibu) office.

“Caltrans is currently working on plans to improve nearby intersections along the corridor, including Louise Avenue, to ensure pedestrians and cyclists have better and safer access via US 101,” Allison Colburn, a spokeswoman for Caltrans, said in a statement Explanation. “We will continue to work with the Encino community to determine next steps.”

The $6.1 million bridge demolition project will ensure larger vehicles no longer hit the overpass like they have in recent years, Colburn said.

The following ramps will also be closed during the demolition:

How Much Do ‘Bachelor in Paradise’ Contestants Get Paid? 2022 Salaries

Kids are suffering from toxic stress. Here’s some advice on how we can help them heal