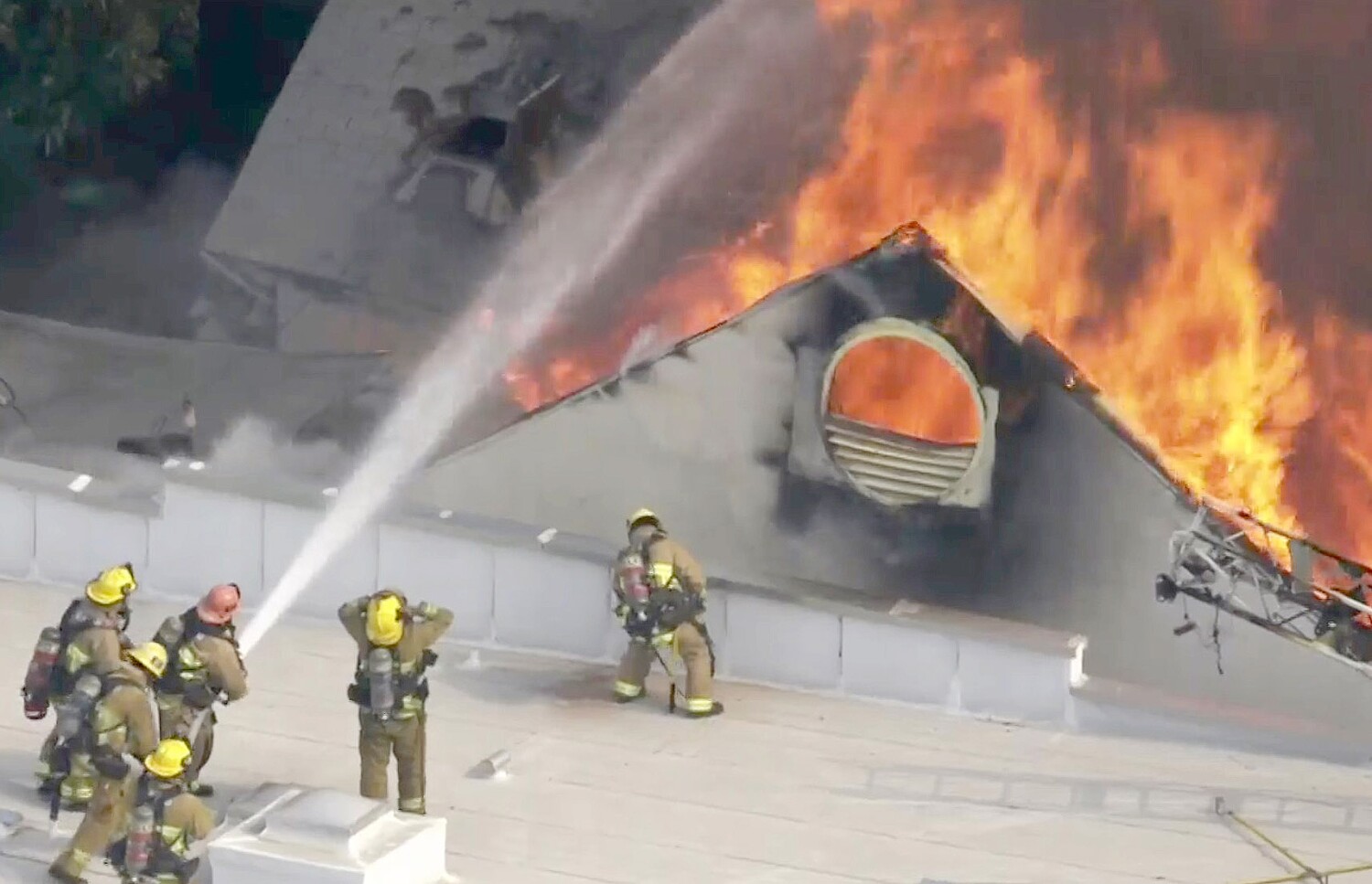 A former 1905 Hollywood theater was destroyed in a fire on Wednesday and two people have been arrested by police for questioning in connection with the fire at the vacant building, according to the Los Angeles Fire Department.

LAFD did not release any further information about the man and woman who were arrested. There were no reported arrests or injuries, and the cause of the fire is still under investigation, according to authorities.

Over the years, North Las Palmas theaters south of Sunset Boulevard have been known as the Hollywood Playhouse, Actors Center and Hollywood Center Theatre.

The fire was reported just before 9 a.m. and it took nearly two hours for more than 80 firefighters to put out the blaze. The structure of the theater was damaged by the fire and was too dangerous for firefighters to enter the building, according to the LAFD. Firefighters spent most of their time on adjacent rooftops, spraying water on the theater and making sure the fire didn’t spread to nearby buildings.

The Los Angeles Department of Building and Safety will red tag the building and classify it as unsafe for residents due to the damage caused by the fire, the LAFD said.

Trump’s wrath at Jan. 6 committee has McCarthy in awkward spot