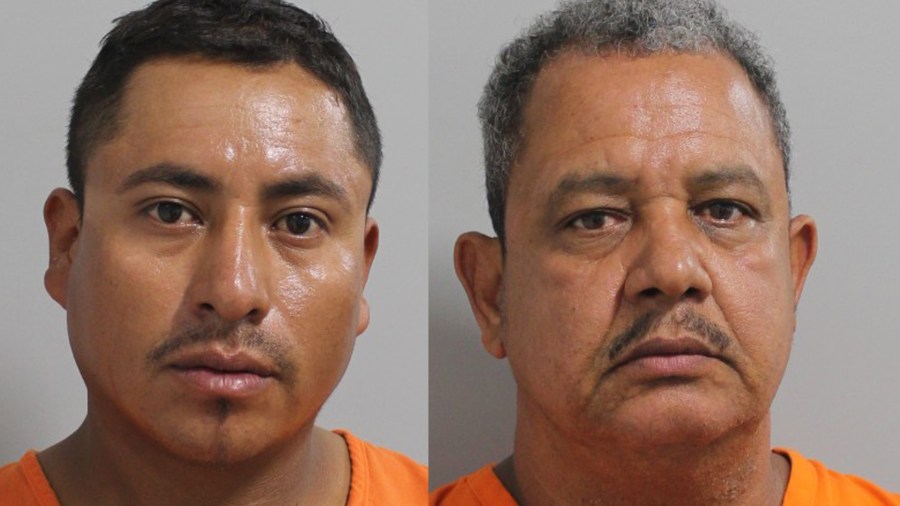 According to the Polk County Sheriff’s Office, 33-year-old Gustavo Camacho and 48-year-old Edward Perez were arrested for dealing in stolen property.


The investigation began when detectives received a tip from Crime Stoppers that Camacho had stolen plywood from construction sites and sold it from his home on Jo Ann Street in Haines.

Detectives found Camacho at his home and recovered 116 stolen plywood panels, worth about $5,800.

At first, the sheriff’s office said Camacho denied stealing the plywood and said he drove to construction sites and asked if the company needed help for the day. He said he then took any remaining plywood with the construction company’s permission.

Camacho later admitted to detectives that he stole the plywood.

While at Camacho’s home, deputies observed Perez attempting to leave the area with a rolled-up scrap pile filled with 40 stolen plywood boards he had just purchased from Camacho for $10 a piece. According to the sheriff’s office, the retail price of this wood is about $50 a slab.

Perez told detectives that this was the second time he had purchased stolen plywood from Camacho.

He was arrested for dealing in stolen property and taken to the Polk County Jail. Perez was released after paying $5,000 in bonds.

Camacho was arrested for selling stolen property and giving false information during the investigation. He was also taken to the Polk County Jail and released after paying a $5,500 bond.

Mississippi fugitive arrested while at work on Dickerson Pike