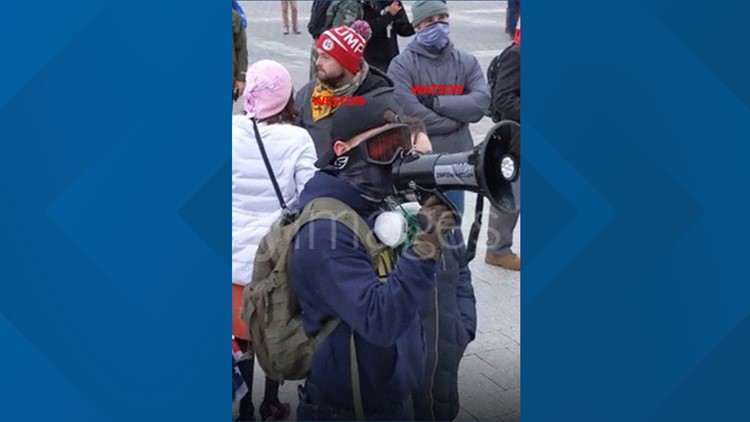 Tucker Weston and Jesse Watson were arrested October 19 at Lynnwood. Weston is accused of shoving a police officer during the siege of the Capitol.

SEATTLE – Two men from Lynnwood have been charged for their actions during the January 6 riots at the US Capitol.

Tucker Weston, 34, and Jesse Watson, 33, were arrested October 19 in Lynnwood. They appeared in Washington’s Western District Court and were released pending further proceedings in Washington, DC.

Investigators say Weston and Watson, who were roommates, traveled together to Washington DC

Weston is accused of removing police barricades to allow rioters to enter the Capitol and jostling police officers during the Western Front standoff. Investigators say Weston entered the Capitol Building around 3:14 p.m. through a broken window next to the Senate Door and left shortly after.

Watson allegedly entered the Capitol through the Senate Door around 3:09 p.m. and helped others hang banners from a pole. Watson left 12 minutes later through a broken window, according to investigators.

More than 880 people have been arrested in connection with the January 6 breach of the Capitol, including 270 charged with assault or obstruction of law enforcement, according to the US Attorney’s Office.

Of those arrested, at least 15 are from Washington state. One of the most prominent arrests was that of Ethan Nordean, a Proud Boy from Auburn who federal prosecutors said was “in charge” of the riot.

Most recently, Rick Slaughter of Orting and his stepson, Cade Paul Gottfried, were arrested for their actions on January 6. Slaughter resigned from the Orting School Board on October 19 after arrested.

Beau Biden died of brain cancer after serving in Iraq

You Gotta Have Heart to Play for Dusty Baker