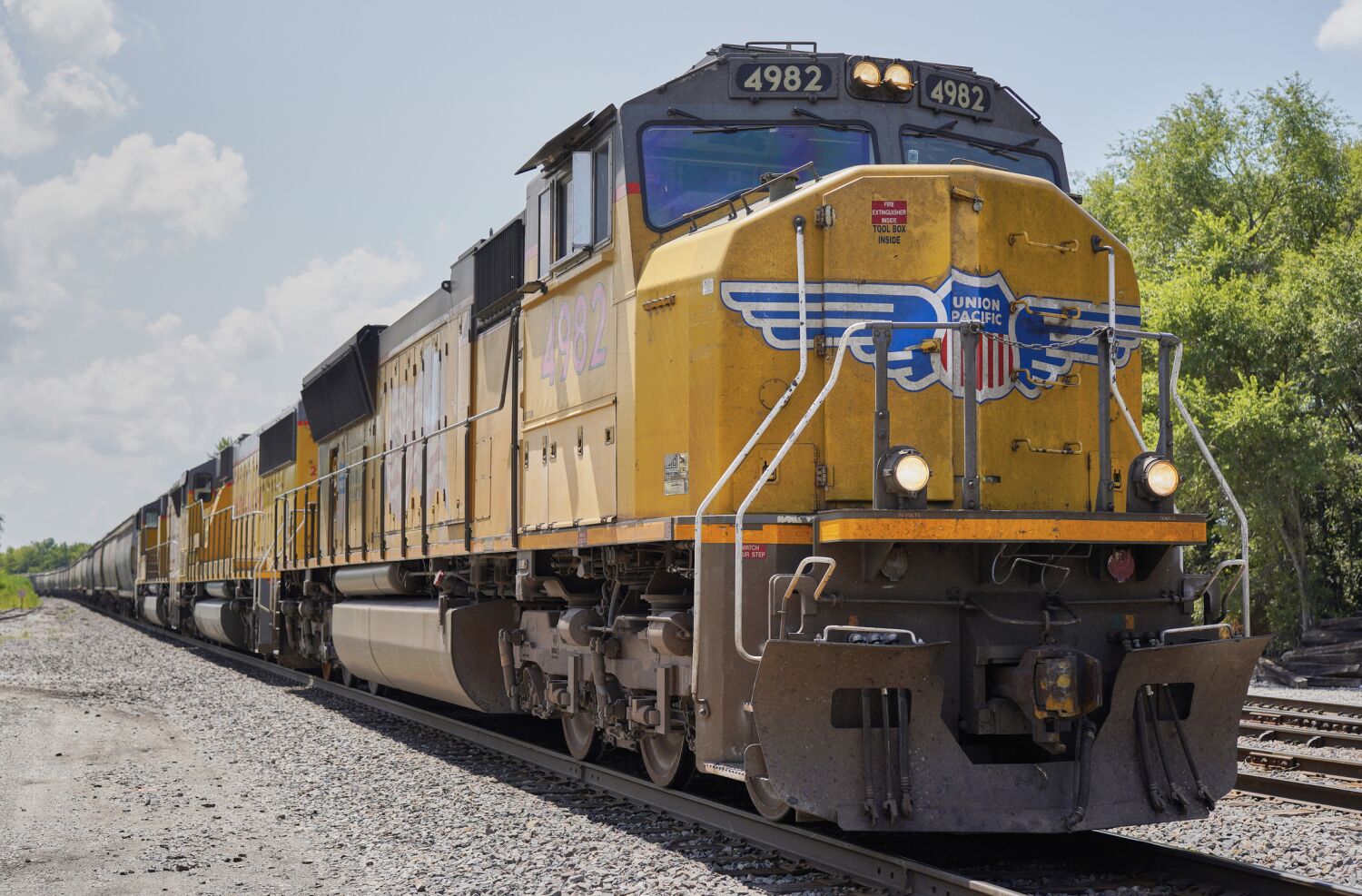 The freight train had passed through a desolate stretch of desert alongside Highway 111, which runs along the east coast of the Salton Sea. Around 3 a.m. the train pulled off the main line and onto a siding, said Susan Stevens, a spokeswoman for Union Pacific.

As the train pulled into the siding — an alternate railroad normally used for trains to let oncoming traffic through — it struck several parked cars, derailing the engine and seven of its cars, Stevens said.

Both operators, who had been ejected from the train, were pronounced dead at the scene of the accident.

First responders from the city of Calipatria said they arrived to find the derailed locomotive and the wreckage of the four parked train cars it had plowed through.

Most of the tall shipping containers that the train carried were unharmed.

An Amtrak passenger train arrived in the area minutes after the accident, but was able to slowly come to a halt.

“It definitely could have been worse,” said a Calipatria firefighter.

The Imperial County Coroner’s Office identified the two workers only as adult males as officers worked to notify their next of kin. The National Transportation Safety Board sent a team to investigate the crash.

Investigators were still determining what prompted the train drivers to pull into the siding prior to the accident and why the cars were parked there.

The siding is near the junction of the tracks with Range Road, which cuts off from the freeway and connects to several private residential properties. It was unclear whether the crossing played a role in the collision.

After an Amtrak train collided with a dump truck in Missouri in June, killing four people and injuring more than 150 others, federal transit officials faced calls to improve railroad crossing safety.

The Missouri crossing lacked lights and gates, leading federal investigators to call the incident preventable. Upgrades were planned at the junction but had not yet begun despite complaints from local farmers.

NTSB Chairwoman Jennifer Homendy said about 50% of the country’s 130,000 railroad crossings are considered “passive,” meaning they have no lights, bells, or gates.

Interstate and railroad crossing incidents account for about a quarter of all train incidents and about 30% of all train-related deaths, according to Federal Railroad Administration statistics.

The majority of the 1,381 train-related deaths from 2019 to June 2022 involved people trespassing on railroad tracks. In the same period, 13 railway employees died in train accidents.