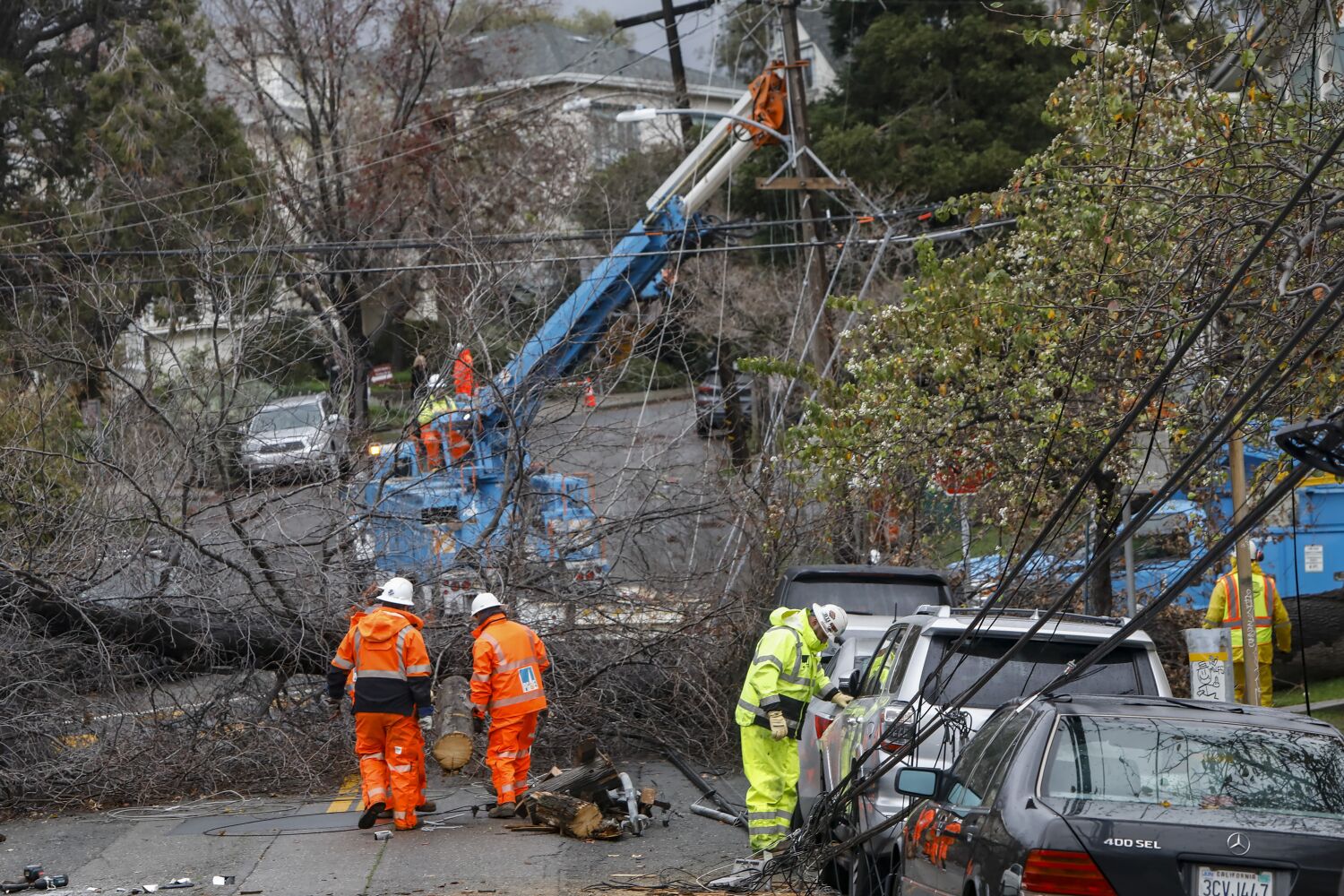 A 2-year-old child killed by a falling tree Wednesday in the Occidental township of Sonoma County was one of at least two people killed by the storm that hit northern California this week.

At 5:14 p.m. Wednesday, the Occidental Fire Department was dispatched to a mobile home on the 2800 block of Joy Road to respond to reports of a fallen tree, said Sgt. Juan Valencia of the Sonoma County Sheriff’s Office.

“The tree landed on a 2-year-old boy who was sitting on a couch in the living room,” Valencia said.

When firefighters arrived at the scene, the baby’s father and a neighbor had recovered the child. Firefighters unsuccessfully performed CPR and the baby was pronounced dead at 5:48 p.m.

The boy’s identity is being withheld pending investigation by the coroner.

On an average day, the sheriff’s office receives 70 to 80 emergency calls, but the storm wreaked havoc, he said. “Yesterday we received 445,911 calls for the service within 24 hours,” Valencia said.

A second storm-related death occurred when a teen driver’s car crashed after aquaplaning in the Solano County town of Fairfield, the Fairfield Police Department said. A 19-year-old woman and Fairfield resident was killed in a car crash on Vanden Road.

The department said the road was partially flooded “due to heavy rains that battered the area.” The victim was traveling east when “she encountered a patch of stagnant water and aquaplaned and lost control of the vehicle before colliding with a utility pole.”

‘The Young And The Restless’ Spoilers: A Quick Reminder Of Who Daniel Romalotti (Michael Graziadei) Is And His Past In Genoa City