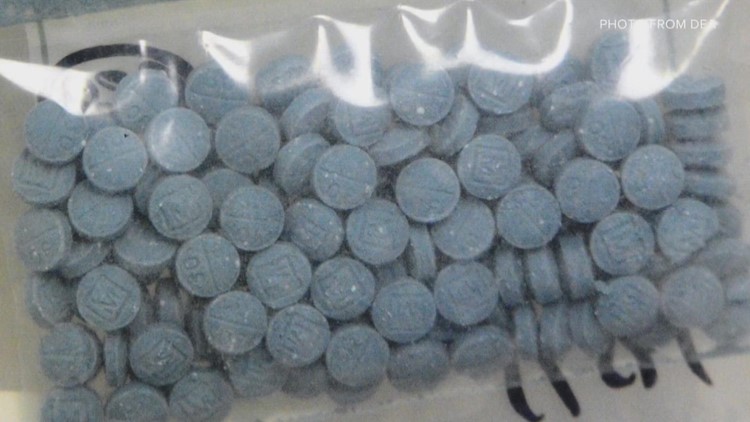 The mother told authorities she saw her child put something in his mouth and then he started acting lethargic.

TACOMA, Wash. — A 2-year-old boy is recovering after finding and ingesting a fentanyl pill at a park in Tacoma Thursday afternoon.

A spokesman for the Tacoma Police Department said the child and his mother were at Oakland Madrona Park around 1 p.m. Thursday when the mother saw the boy put something in his mouth. The mother told authorities her son started acting lethargic and realized something was wrong.

The boy’s mother took the remains of the pill out of the child’s mouth and called 911. Tacoma Police said a responding officer determined the item was a fentanyl pill.

Fentanyl is a powerful synthetic opioid that is 50 to 100 times more potent than morphine. It is found in varying degrees in illicit drugs, including opioids, disguised as prescription pain relievers.

The Tacoma Fire Department administered Narcan and performed CPR to stabilize the boy, who was then taken to the hospital. The spokesman did not provide any information about the condition of the child.

A survey by the University of Washington’s Addiction, Drugs and Alcohol Institute found a sharp increase in intentional use of the deadly opioid fentanyl across the state.

Fentanyl, which replaced methamphetamine as the drug most commonly associated with overdoses in Washington state in 2020, has been linked to rising crime in the Puget Sound area.

She tormented her neighbors for months. Here’s what it took to make them feel safe.