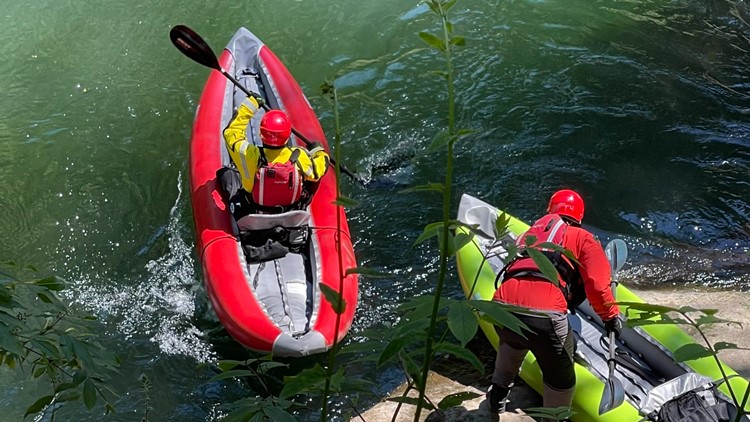 A 20-year-old man is believed to have drowned after they disappeared into the Green River Gorge Saturday afternoon, the King County Sheriff’s Office said.

ENUMCLAW, Wash. — First responders have called off search and rescue operations for a 20-year-old swimmer who was swept away by the current in the Green River Gorge Saturday afternoon.

Search and rescue units were called into action Green River Gorge Recreation Area near Black Diamond around 1:30pm Saturday for a water rescue.

The King County Sheriff’s Office (KCSO) said two 20-year-old men were swimming together when one of the men was swept away. It is not known if the men were wearing life jackets or safety gear.

According to a, at least seven agencies responded to the scene Tweet from Puget Sound Fire.

After searching the area for several hours, a KCSO spokesman said the missing man was believed to have drowned. Puget Sound Fire tweeted The search and rescue operations were called off around 6 p.m.

The National Weather Service issued a heat advisory for most of western Washington this weekend as the area experiences hot weather for the first time this year. While much of the region was in the 80s on Saturday, temperatures on rivers, lakes and beaches are still dangerously cold.

Cold water shock occurs when the body is suddenly submerged in cold water and can be fatal in about a minute. A person involuntarily begins to wheeze or hyperventilate, which can lead to cardiac arrest.

Experts consider cold water to be below 70 degrees.

Personal flotation devices, such as a life jacket, greatly increase your chances of surviving a fall into the water. The Red Cross recommends never swimming alone and recommends designating someone to watch the water if you’re swimming with a group.

Model with Autism proud to represent in Philly Fashion Week

California limits climate pollution, each year the limits get stricter