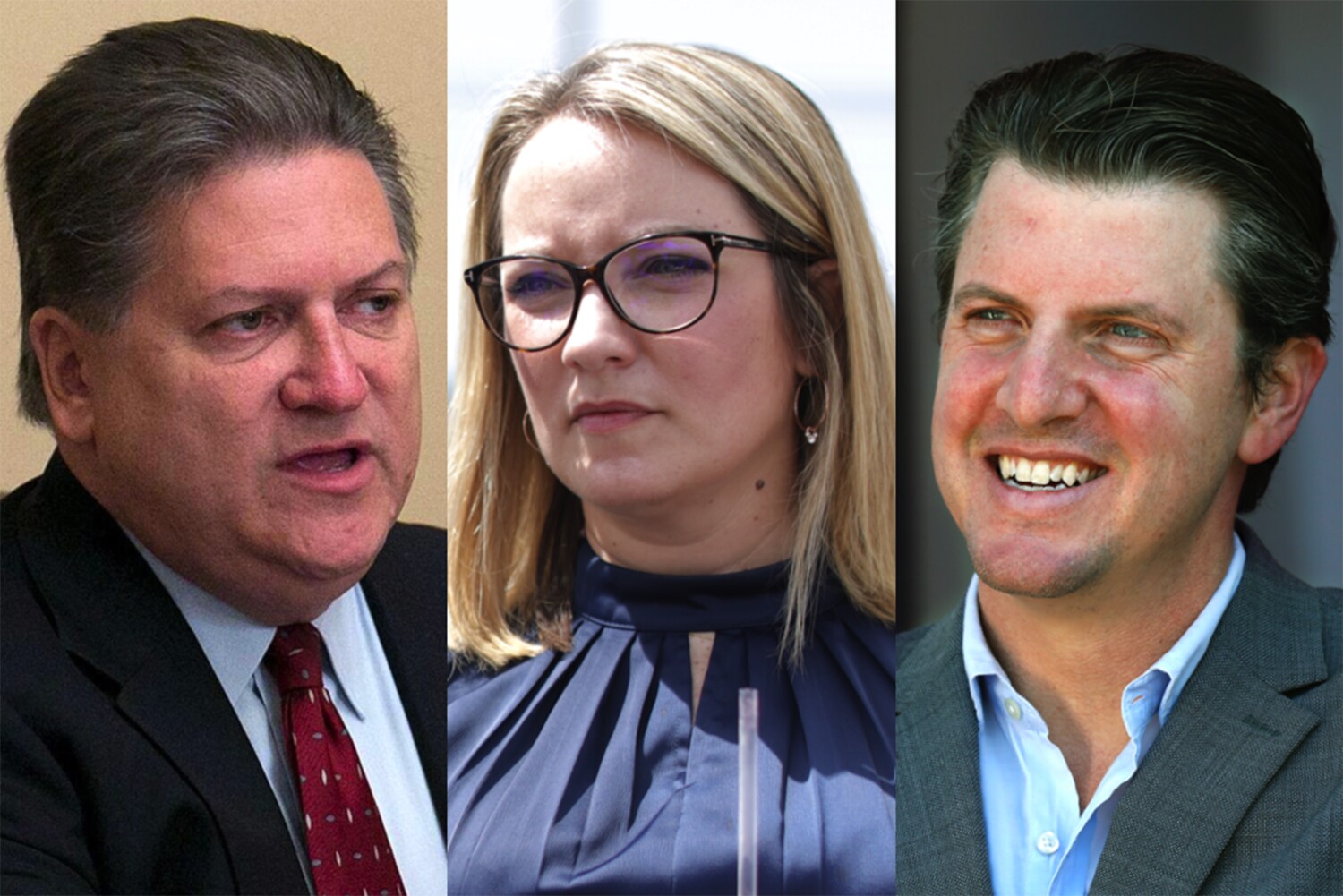 In the race to succeed Sheila Kuehl on the Los Angeles County board of directors, Tuesday night’s early returners featured three candidates at the helm.

State Senator Bob Hertzberg (D-Van Nuys), West Hollywood City Council Member Lindsey Horvath and State Senator Henry Stern (D-Malibu) were well ahead of the rest of the field for the 3rd Circuit seat, which covers much of the San Fernando Valley and the westside.

Unless a candidate receives more than 50% of the votes, the top two finishers will move to a runoff in November.

In the 1st Circuit, which includes much of East Los Angeles and the San Gabriel Valley, incumbent Hilda Solis held a wide lead over four challengers, early returns showed.

“I’m very encouraged,” Hertzberg said of his lead. “My message of taking responsibility and confronting the difficult issues of homelessness and public safety I think resonated with voters.”

Horvath said she was “very excited” about where she was at.

“The diverse coalition of support that we have built is the right way forward to ensure that every person in LA County who needs help and support gets it,” she said.

County regulators are sometimes referred to as the “five little kings” because they control an annual budget of nearly $39 billion in a county of more than 10 million people.

The boundaries for their districts were redrawn by a citizens’ committee last year, with some conservative-leaning parts of the San Fernando Valley joining District 3.

Homelessness and crime, along with the high cost of living, were among the defining issues in the 3rd Circuit race, which became competitive after Kühl announced she would not seek a third term.

Hertzberg has called for a massive bond measure to help people buy homes, while Horvath has stressed setting aside a percentage of new housing units for low- and middle-income families.

Stern and Horvath have called for the closure of the Aliso Canyon gas plant, which was the scene of a massive leak in 2015, while Hertzberg has not commented on the issue.

The election was shaped by the diverse backgrounds and personalities of the candidates, as well as their generational and geographic differences.

Hertzberg, 67, served as a member of the state assembly from 1996 to 2002 and was then elected to the state senate in 2014, representing a district in the eastern San Fernando Valley. He has emphasized his experience in debates and forums.

In Sacramento, Hertzberg earned the nickname “Huggy Bear” for his love of hugs, which made some women uncomfortable. In 2018, three lawmakers accused him of initiating unwanted hugs and he was reprimanded by the state Senate committee.

Stern, 40, was the first millennial elected to the state Senate in 2016, representing Thousand Oaks, Calabasas, Simi Valley and western parts of the San Fernando Valley. He has said that as a relatively young politician he will bring fresh thinking to the board.

Horvath, 39, was elected to the West Hollywood City Council in 2015, having served as an appointed councilor between 2009 and 2011. She said her experience in local government makes her better equipped than her opponents as district leader.

As of May 21, a separate political action committee for Horvath has raised $130,000.

‘The Young And The Restless’ Spoilers: Will Chance Chancellor (Conner Floyd) Have An Affair With Chelsea Lawson (Melissa Claire Egan)?