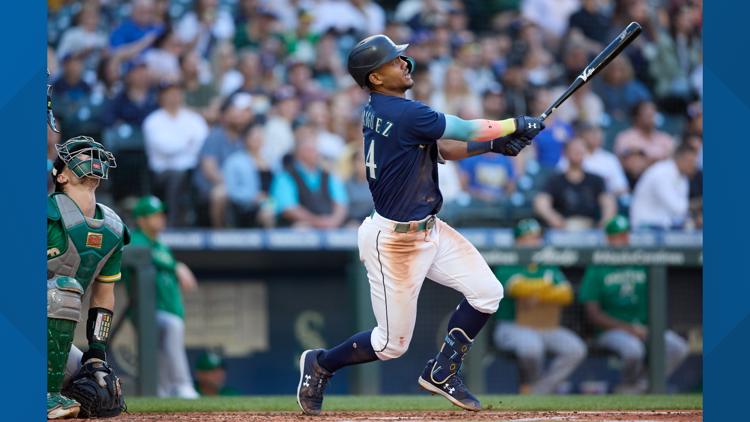 SEATTLE — The Mariners are entering the MLB All-Star break as the hottest team in baseball, having won 14 straight games. Seattle’s most exciting player, Julio Rodriguez, will make his All-Star debut Tuesday night at Dodger Stadium in Los Angeles.

Before that, however, Rodriguez will face off against some of MLB’s most amazing hitters in the Home Run Derby. Here’s a preview of Monday night’s derby, which begins at 5:00 p.m. PT, and our predictions of how Rodriguez will compare to his elite power hitters.

Rodriguez, number 6, will face off against division rival Texas Rangers’ three-time All-Star and 2020 World Series MVP, number 3 Corey Seager. Seager has hit 22 home runs so far this season and is ranked sixth in the American League (AL). Rodriguez goes into the All-Star Break with 16 home runs, the most rookies in MLB.

It will be Seager’s second appearance in the derby as he was knocked out in the first round by Mark Trumbo in 2016. Seager, like Rodriguez in 2022, was a rookie when he made his debut in the derby six years ago. Dodger Stadium is also a familiar baseball field to Seager, who spent his seven major league seasons in Los Angeles.

Rodriguez may be making his derby debut, but his Statcast power numbers were much stronger than Seager’s in 2022. He may not have the experience, but don’t be surprised if Rodriguez feeds on the energy of a neutral crowd in Southern California and ousts Seager to advance to the second round.

Reigning two-time champion Pete Alonso should continue his dominance this year and is expected to be Rodriguez’s opponent in the second round after defeating Ronald Acuna Jr.

Alonso bested Trey Mancini on 23 home runs in the final of the 2021 event in Colorado, passing Vladimir Guerrero Jr. to also win the 2019 derby. The event did not take place in 2020 due to the COVID-19 pandemic.

Given his recent track record, almost everyone will be counting on Alonso to reach the finals for the third straight season. The Mets hitter ranks fifth among MLB hitters with 24 home runs.

However, Rodriguez is expected to capitalize on the momentum of the Mariners’ remarkable winning streak and find a way to outlast Alonso and secure a spot in the championship round.

Juan Soto, arguably the most impressive young batsman in the game, should work his way through his side of the bracket to meet Rodriguez in the derby’s final.

These two powerful outfield players, both from the Dominican Republic, are expected to face off in an epic duel in the final. Soto is ranked 14th in MLB with 20 home runs this season and is a two-time All-Star and two-time Silver Slugger Award winner.

In 2021, Soto hit the longest home run in Derby history, driving one 520 feet at Coors Field. In the second round he was beaten by Alonso.

In our prediction, after Rodriguez hits 12 more home runs, Soto comes up and gets to 13 and takes home the crown in Tinseltown.

This could be the first of many All-Star weekends for Rodriguez, and next year he’ll likely step onto the field for the 2023 Home Run Derby here in Seattle at T-Mobile Park.

He may not be the winner of this year’s edition of the Home Run Derby, but by the end of his career Rodriguez will likely have this trophy among many in his collection.

Rodriguez is set to become the face of the franchise in Seattle, and his rise to stardom will take a significant step this week in Los Angeles.