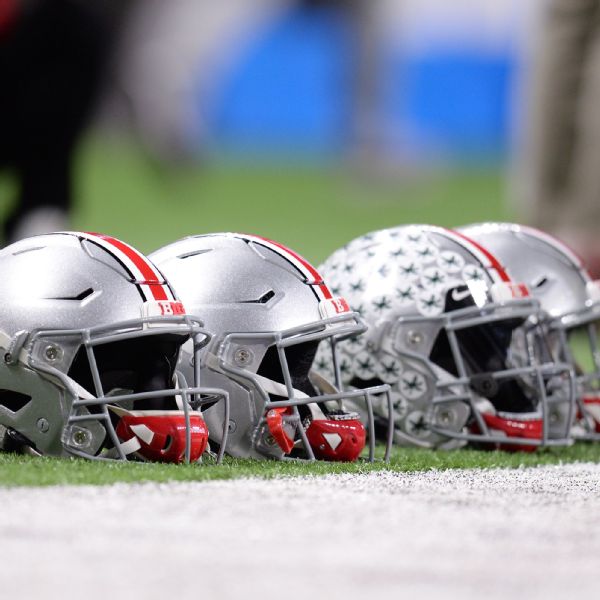 “I would say just be out there in that environment,” Moore told ESPN of his decision. “I just felt very comfortable with everyone. I felt like it’s an environment where I’m pushed to be the best version of myself on and off the pitch. That’s really the main thing.”

Moore is the Buckeyes’ second-highest recruit after wide receiver Brandon Inniss (No. 25) of Plantation, Fla., joined the Ohio State 2023 group.

The Buckeyes now have 11 ESPN 300 prospects, and Moore is their second ESPN 300 defensive prospect (cornerback Dijon Johnson; #113). Her class is second overall in the ESPN rankings.

Michigan, Notre Dame, and Penn State were the other three schools he considered. Ohio State’s new defense coordinator Jim Knowles and longtime defensive line coach Larry Johnson Sr. have given Moore a good look at how they’re projecting him.

“I know they definitely show a lot of different types,” Moore said. “One that they showed me was Joey Bosa – I just saw how his body evolved from when he arrived on campus to today, even as he left campus. He is definitely very close to my height. That was one of the comparisons they told me about.”

Moore recorded 73 tackles and 14 sacks for DeMatha Catholic in 2021. A highly respected recruit in the DMV field, he received several first-team honors this past season – All-WCAC, All-Met and Washington Pigskin Club.

“Probably [strongest] on the fringes because that’s where I’ve played my whole life,” Moore said. “But I’m starting to play a lot more indoors for my high school team. So I’m trying to gain as much experience as possible in both positions. I have to be the best in both positions.”

Last month he paid official visits to all four of his finalists. His desire to play against the best eventually won the day.

“I love the thought of going to the Big Ten and playing a great competition in every game,” Moore said. “Very competitive. I’m definitely looking forward to the Michigan-Ohio State rivalry. I just love to think I’m playing in the Big Ten.”

Vaccines, Religious Freedom and the Military