An incredible collection of top names in music, film, literature and more have contributed to the For birds: Project Birdsong, an album of 242 tracks put together by renowned music supervisor Randall Poster. The project will be released digitally with five different episodes each month between now and September, with the first volume arriving today (May 20). A limited edition 20 LP vinyl box set will also be available later this year. All proceeds will benefit the Audubon Association’s work to conserve bird habitats.

The poster has been moved to start working For birds during the early stages of the COVID-19 pandemic, when the quiet streets of New York began to amplify the sounds of nature. Reaching out to many of his friends and collaborators, he discovered many of them were going through the same realizations they were in quarantine around the world, and he began to form a way to transition. these emotions into music inspired by birdsong.

Poster, who is perhaps best known for his film and musical collaboration with director Wes Anderson, said: “I was in awe of the overwhelming artistic response to this unique project. “The fact that they made so many thoughtful and distinct recordings, combined in the sound of birdsong, has been a miracle in itself. My hope is a project to raise awareness of threats to bird populations and I am honored to support the Audubon Society’s essential work in conservation. ”

Costello adds: “This has to be very clear – without the birds, we would be in the depths, the bugs swarming, the trees unable to sing. “The least we can do is raise our voices to praise or lament. I am grateful to Randall for asking me to join his wonderful flock.”

The poster has been supported on For birds by Wild Belle’s Elliot Bergman, producer Rebecca Reagan, Sonic Youth guitarist Lee Ranaldo and producer/engineer Stuart Lerman, all of whom are executive producers on the project. As part of the rollout, the Brooklyn Botanic Gardens will host For birds– themed exhibitions from June 11 to October 23, while Warby Parker will donate 20,000 limited edition “Birdoculars” to cultural organizations that support bird conservation.

Here is the watch list for For birds: Project Birdsong episode 1:

Party one:
1. “Wood Dove” – performed by Nick Cave & Warren Ellis
2. “Archangel” – performed by Beck
3. “Seed” – Made by Alaska Reid and AG Cook
4. “The Morning” – Written by WS Merwin. Read by Danielle Haim
5. “Fly On” – Performed by Karen Elson
6. “Fly Away (With the Songs)” – Performed by Michael Rother & Vittoria Maccabruni

Surface b:
1. “A Grandchild’s Song for Robins in Year Two of Pandemic” – performed by Ray Young Bear
2. “When the birds were banished from the Palace” – Written by Saoirse Stice. Read by Jack Kornfield
3. “The Returning Birds” – performed by Hatis Noit
4. “Salt Point” – Performed by Tyondai Braxton
5. “Forty Songs” – Performed by Lee Ranaldo. Lyrics of Michael McClure
6. “The Wounded Bird” – performed by Kurt Vile

Hillary Clinton Did It - WSJ 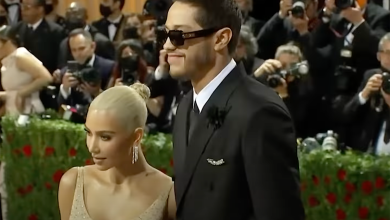 Inside A-Train’s awakening in ‘The Boys’ Season 3

7-in-1 Cleaning Tool For Every Surface – SheKnows