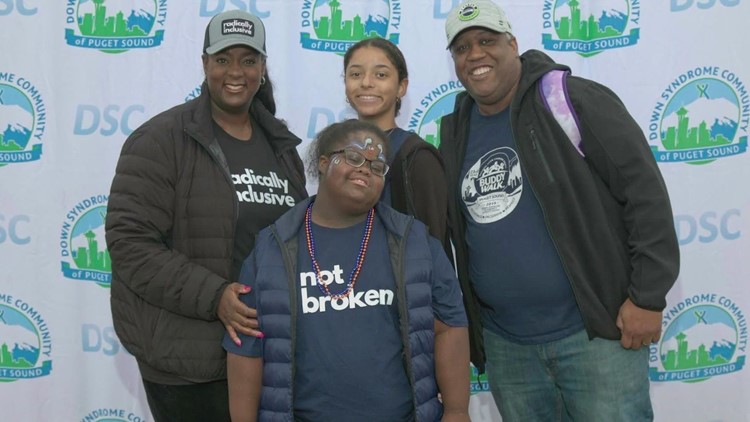 October is Down Syndrome Awareness Month and since 1995 the Buddy Walk has been raising awareness and promoting acceptance of people with Down Syndrome.

SEATTLE — Puget Sound’s Down Syndrome community is preparing for the 26th annual Buddy Walk and is hoping the weather and exotic location will encourage new friends to support the cause.

Woodland Park Zoo will host the fundraiser, which will return to full capacity after multiple virtual and hybrid events during the pandemic.

October is Down Syndrome Awareness Month and since 1995 the Buddy Walk has been raising awareness and promoting acceptance and inclusion of people with Down Syndrome.

It is estimated that more than 300,000 people will walk around the world and Puget Sound’s Down Syndrome Community (DSC) is eager to head off for their largest community-supported awareness event of the year . They expect over 2,500 visitors to this year’s Buddy Walk. Money raised will support the programs and resources that countless families in the Puget Sound area rely on.

The origin of the DSC of Puget Sound dates back to the late 1980s when a group of parents met to support each other in raising a child with Down Syndrome. Over 30 years later, DSC has grown into a preeminent nonprofit organization offering programs, resources, and now a new campus with an inclusive meeting space in Seattle.

The Puget Sound Down Syndrome Community invites supporters to join them on Sunday, October 2nd at the Woodland Park Zoo. Participants can form their own team or support a new buddy. Registration details can be found here.

https://www.king5.com/article/news/local/annual-buddy-walk-down-syndrome/281-5300e485-8100-4d6b-90db-a658cdf55beb 26th annual Buddy Walk aims to make strides in acceptance, inclusion of those with Down Syndrome