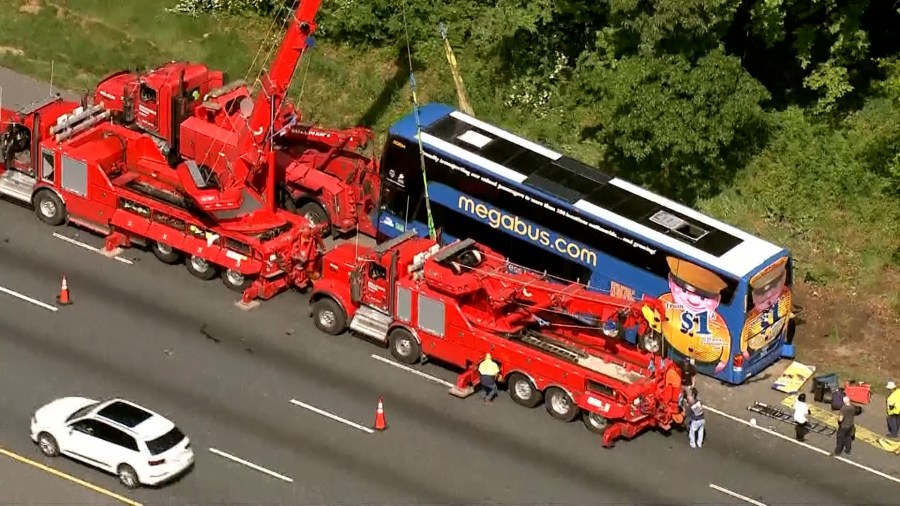 BALTIMORE COUNTY, Md. (WFLA) – 27 people on a Megabus in Maryland were injured Sunday morning when the bus plowed along the interstate.

Baltimore County fire officials said fire crews were dispatched around 6:55 a.m. Sunday to reports of a mass causality incident of an overturned Megabus that rolled over on I-95.


Officials said the bus was carrying 47 people. No other vehicles were involved in the crash.

A total of 27 people suffered minor injuries, 15 of them were taken to hospital.

Maryland State Police are continuing to investigate the cause of the crash.