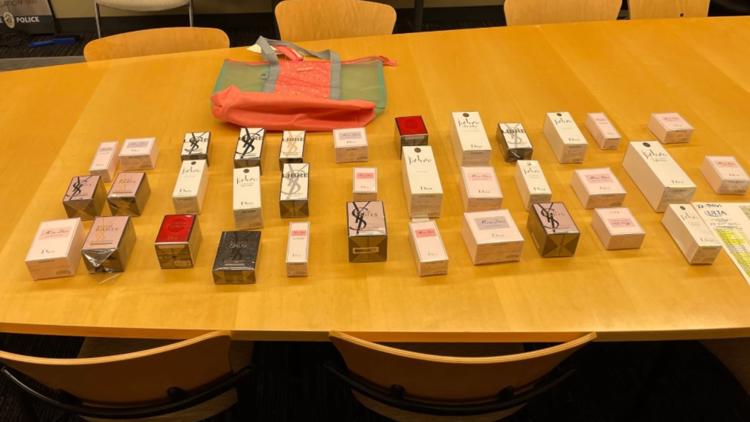 In one of the cases, police said four suspects were charged after they stole over $93,000 worth of handbags from Louis Vuitton in Bellevue.

In one of the cases, police said Bill Chambers, Memory Yearby and Earnetra Turner were charged after they stole over $93,000 worth of handbags from Louis Vuitton in Bellevue. Investigators said the group targeted the same store twice in June.

The trio have been charged with two counts of organized retail larceny, according to the King County Attorney’s Office.

Chambers was previously convicted of the death of tuba man Edward McMichael and arrested in July in connection with another incident in Seattle after escaping communal custody.

“These suspects were aggressive and coordinated in their efforts, often physically confronting employees or security guards who stood in their way,” BPD Capt said. Shelby Shearer in a press release. “This crew also caused significant damage to stores during the thefts, resulting in some stores closing for the day to clean up the mess.”

In another case, police said a 24-year-old suspect was charged with multiple thefts totaling nearly $13,000 from Bellevue’s Nordstrom Rack in October and November 2021.

Janay Luckey is accused of going into stores, cutting off security tags from goods and leaving without paying. She is also accused of selling the stolen goods online. Luckey was charged with first-degree organized retail theft and two counts of first-degree dealing in stolen property. She also faces five counts in Seattle robberies totaling more than $84,000.

Investigators said a third case involved a nearly $7,000 theft from Ulta in Factoria. Two suspects are charged with stealing 62 bottles of perfume from the store, investigators said.

One of the suspects was arrested in Kent while charges are pending against the other person involved. A rental car is said to have been used for the theft. Police said the goods had been returned to Ulta.

“We have joined the state’s Organized Retail Task Force, which is dedicated to fighting this crime,” Shearer said. “These cases have involved regional collaboration and partnerships with other law enforcement agencies and the companies involved. Arresting these suspects not only reduces crime in Bellevue, but regionally.”

Investigators say additional charges are possible in these cases.

Migrants flew to California from Texas. They don’t know why