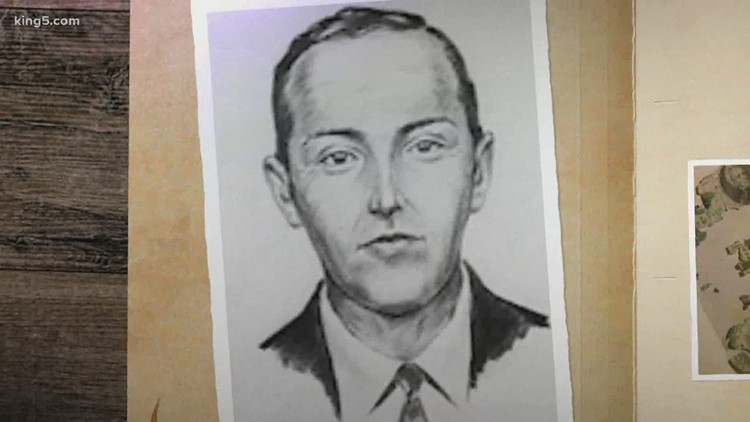 An amateur detective believes the microscopic metals are telltale evidence of the skyjacker’s former employer.

An amateur detective believes the microscopic metals are telltale evidence for the skyjacker’s employer as he jumped out of a Boeing 727 plane over the Pacific Northwest on November 24, 1971.

It’s a clue that could lead directly to the identity of Cooper himself.

Ulis’ evidence comes from a scientific report prepared 10 years ago by a team invited by the FBI to analyze evidence in the cold case. This team, led by researcher Tom Kaye, removed more than 100,000 particles from DB Cooper’s tie. The skyjacker is believed to have removed the tie in seat 18-E of the plane before jumping off the Northwest Orient Airlines jet with parachutes and a $200,000 ransom.

Ulis noted in lab reports that among the tens of thousands of particles on Cooper’s tie were three dots of an alloy of titanium and antimony, both earth elements. As he researched this alloy, he found that in 1957 a Pennsylvania metals manufacturer applied for a patent for the manufacture of a titanium-antimony alloy.

“I’ve been looking for what I would call synonymous with commercial DNA, the idea being that human DNA points to a specific individual commercial DNA close to a specific company, and in fact I actually found three particles of a very unique and very rare alloy,” said Ulis.

Records show that a company called Rem-Cru, based in Midland, Pennsylvania, manufactured titanium antimony. In research and interviews, Ulis said he learned the company never actually sold the product to the aerospace industry. He believes that the titanium antimony on Cooper’s tie is strong evidence that the Skyjacker worked at Rem-Cru at some point due to its limited distribution.

“I’ve managed to isolate one individual, a person of particular interest, who I’m investigating who appears to be ticking several boxes. I’m not publicly releasing the person’s name for obvious reasons. But I will continue to examine him,” said Ulis.

Rem-cru’s assets, which no longer exist, have been sold to larger companies over the decades. Ulis has been in contact with Pennsylvania-based Allegheny Technologies and other companies that now own these assets and may have historical information.

Kaye’s team found titanium and other rare particles on Cooper’s tie, leading to her theory a few years ago that Cooper may have worked for Boeing or one of its contractors. But Ulis is the first to link Particles to a specific company.

Rem-Cru was a state-of-the-art metals manufacturer in the 1950s and 1960s competing for government contracts to manufacture parts for jet aircraft and the space race.

“Higher, faster, further – that was sort of the mantra of the military and also of NASA,” said Ted Huetter of the Museum of Flight in Seattle. The Museum of Flight houses a 1950s Vought F8 Crusader, the Navy’s first supersonic fighter jet. The Crusader was built with Rem-Cru titanium.

“[Rem-Cru employees]would actually be working alongside Boeing engineers on the assembly floor. So these guys were actually on the ground and near the plane in the 1960s,” Ulis said.

There is a large gap between the production of titanium-antimony in the mid-1950s and the November 1971 skyjacking. But Ulis believes his DB Cooper suspect was going through a rough patch just before the skyjacking and may have committed the crime out of desperation.

“(Rem-Cru) went through a series of boom and bust cycles not unlike many other companies in the aerospace sector, particularly in 1971,” Ulis said. Just months before Cooper’s crimes, the region was hit by a recession that led to the infamous sign that read, “Will the last person leave Seattle — turn off the lights?” Boeing has thousands after the cancellation of its Supersonic Transport project laid off and contractors fired.

A man who went by the name of Dan Cooper boarded a plane from Portland to Seattle on Thanksgiving Day 1971 — no proof of identity was required at the time. Mid-flight, he told a flight attendant he had a bomb in his briefcase and demanded $200,000 in cash and four parachutes upon arrival at Seattle-Tacoma International Airport. The FBI complied with their demands, and Cooper ordered the 727 passenger jet to take off again for Mexico. He jumped out somewhere over southwest Washington using the 727’s unique “air stair,” the rear stair that could be lowered in flight. Cooper’s name was incorrectly reported as “DB” and the name stuck.

Cooper’s identity and fate have remained a mystery ever since. But Ulis is confident his lead will unmask the Skyjacker.

“It’s all about science here. That’s not Eric’s opinion. This is not a guess or anything like that. This is about science,” he said.

Coronavirus cases soar in L.A. County, but this is different

‘The Bold And The Beautiful’ Spoilers: Should Steffy Forrester (Jacqueline MacInnes Wood) Be Angry With Li Finnegan (Naomi Matsuda)?