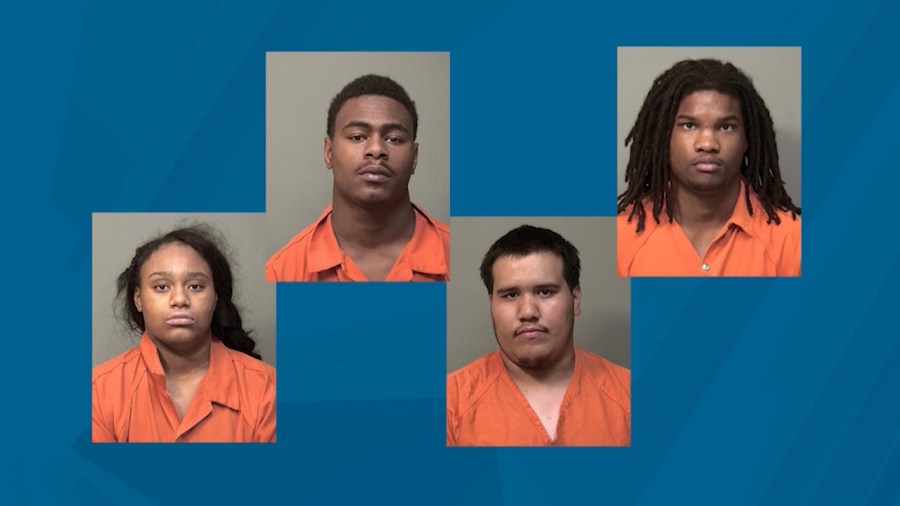 NASHVILLE, Tenn. (WKRN) – New details in a multi-agency chase and carjacking, as four people now face federal charges. The events took place on May 11 after undercover detectives prevented a confrontation between rival groups where gunfire would be exchanged, according to metro police.

Federal charges in a case involving a gang, a gun and a carjacking — just the latest example of US Attorney’s aggressive crime-fighting strategy

On May 11, undercover officers conducted surveillance at the Cumberland Pointe Apartments after they received information about a planned shooting between a member of the street crime gang, the Vice Lords , and a hybrid gang named “Bizzle”.

“No community is immune to gang crime and you’ll see a lot of gun crime with gangs, absolutely no question,” Wildasin said.

Officers tracked down 19-year-old Javon Kelley and three others as they left the vicinity and a quick chase ensued, across Clarksville where the suspects stabbed each other.


According to the federal complaint, all four then pointed guns at a driver before taking off with their truck. The suspects then crashed the vehicle, landing Kelly, 19-year-old Juan Rodriguez, 18-year-old I’myendaye Byrd and 18-year-old Armesia Newsom behind bars.

“You have, I think then recovered five weapons, four suspects. This is a very serious case, but it is also just one example of the kind of violent crime we prosecute here at the US Attorney’s office. We have a very active Safe Neighborhood Project program,” explains Wildasin.

The program focuses on the causes of crime — repeat offenders — creating unsafe communities. Usually, those offenders are in gangs, says Wildasin.

In this case, investigators say Kelley was released in connection with a more serious robbery. Rodriguez was found guilty of aggravated assault with a deadly weapon earlier this year. Byrd was previously arrested at the age of 16 and charged with murder for a fatal shooting in 2020. He was wearing an ankle monitor when he was arrested.

The arrests were a team effort from multiple agencies, and the majority of them were captured on video.

If convicted, the defendants face at least seven years, and life in prison.

[WATCH] How Do We Stop Trump's Plot to Steal Future Elections?

Mary Johnson murder: Vigil held for woman who was killed while picking up grandson in Philadelphia