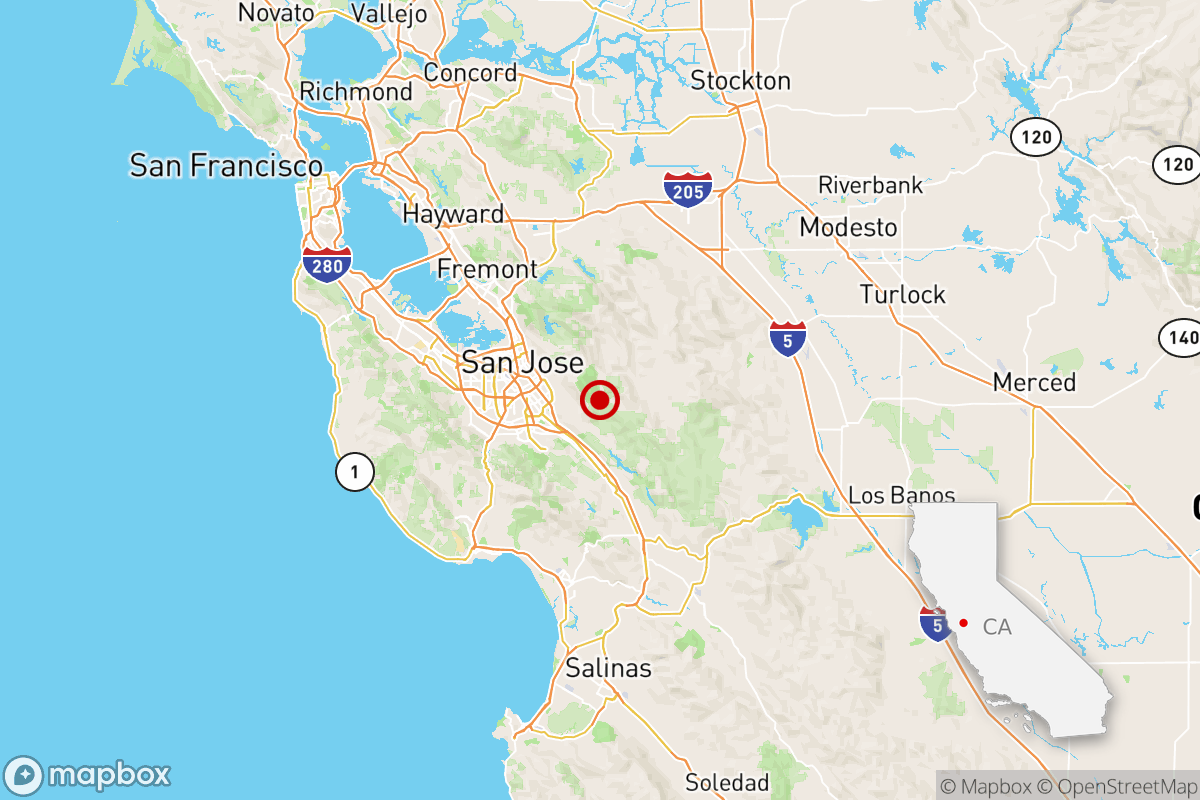 The San Francisco Bay Area was rocked by a 5.1 magnitude earthquake near San Jose on Tuesday.

The San Jose Fire Department has not received any emergency calls related to the incident, spokeswoman Erica Ray said. The San Jose Police Department also said it had received no reports of damage or injuries.

Raymond Riordan, director of the San Jose Office of Emergency Management, said there were no reports of damage to water or sewage systems. He warned residents of aftershocks.

The quake was reported at 11:42 a.m. east of San Jose. At least two aftershocks followed.

The quake’s epicenter was in the mountains about five miles east of San Jose, in Joseph D. Grant County Park near Mt. Hamilton. The strongest tremors were in sparsely populated areas.

According to the US Geological Survey, the tremor was felt as far south as Salinas and Monterey, east as far as Merced, and north as far as San Rafael. The agency estimated that the quake caused only moderate shaking and was unlikely to cause major damage.

A Times reporter in Daly City, about 50 miles northwest of the epicenter, received an emergency alert from the MyShake earthquake early warning system seconds before the tremors began.

Tuesday’s earthquake struck along the Calaveras Fault, one of the Bay Area’s most concerning faults because it can generate a magnitude 7 tremor.

Among the most recent quakes believed to have struck the Calaveras Fault was the magnitude 6.2 Morgan Hill quake in 1984, which caused $7 million in damage and killed 21 people, according to the USGS injured.

The strongest tremor recorded at the Calaveras Fault was in 1911 with a magnitude of 6.6.

An average of five earthquakes, ranging in magnitude from 5.0 to 6.0, occur in California and Nevada each year.

Tennessee and Texas take college football quotes of the week