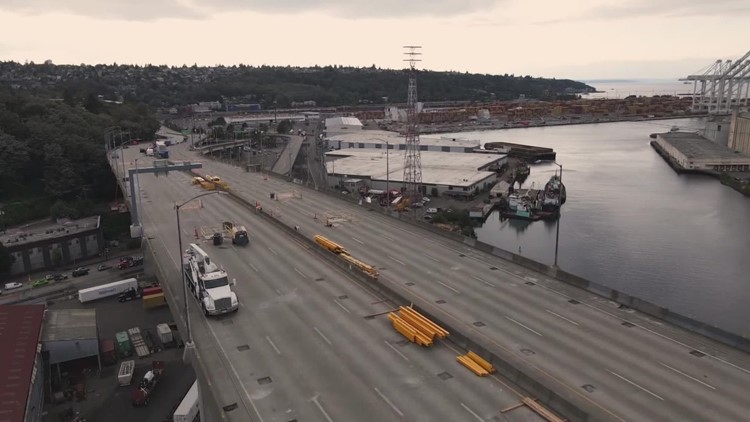 The West Seattle Bridge is expected to reopen on September 18th

Following recently completed milestone construction, the Seattle Department of Transportation announced Thursday morning that the West Seattle Bridge is expected to reopen to traffic on September 18.

The department said all traffic restrictions on the Spokane Street Swing Bridge, also known as the West Seattle Low Bridge, will also end on September 18.

The planned reopening is dependent on crews completing the remaining work on the bridge, including completing the epoxy grouting, carbon fiber sheathing, paving and installing the safety inspection platform. The department said crews will also conduct “robust safety tests” of the bridge before reopening to traffic. Continue reading

Harborview Medical Center will no longer accept patients who do not require urgent care to address the overcrowding issue, hospital officials said Thursday.

Patients not requiring urgent care are being diverted to other hospitals in the area, at least temporarily, CEO Sommer Kleweno Walley said. This is to ensure that Harborview maintains capacity as the only trauma center in Washington State to provide Level 1 care.

It was an “incredibly difficult decision,” she added.

As of Thursday, there were more than 560 inpatients, bringing the hospital to more than 130% of its admitted capacity of 413. Continue reading

More than 16 years after the body of a 33-year-old woman was found beheaded, three people have been arrested in connection with the death of Shanan Lynn Read.

The Kitsap County Sheriff’s Office said they worked with law enforcement agencies across the country this week to bring the three men into custody. A fourth suspect in the case has since died.

3 major retail theft rings accused of stealing over $100,000 in Bellevue

In one of the cases, police said Bill Chambers, Memory Yearby and Earnetra Turner were charged after they stole over $93,000 worth of handbags from Louis Vuitton in Bellevue. Investigators said the group targeted the same store twice in June.

The trio have been charged with two counts of organized retail larceny, according to the King County Attorney’s Office. Continue reading

Having spent his career in technology, Dan Fine continues to put his skills to good use in retirement to address a crisis around the world.

“I was just thinking, how can we apply technology, good old Seattle technology and know-how, to help with this bigger problem,” he said.

The Morning After: A humanoid robot and a foldable phone from the same company