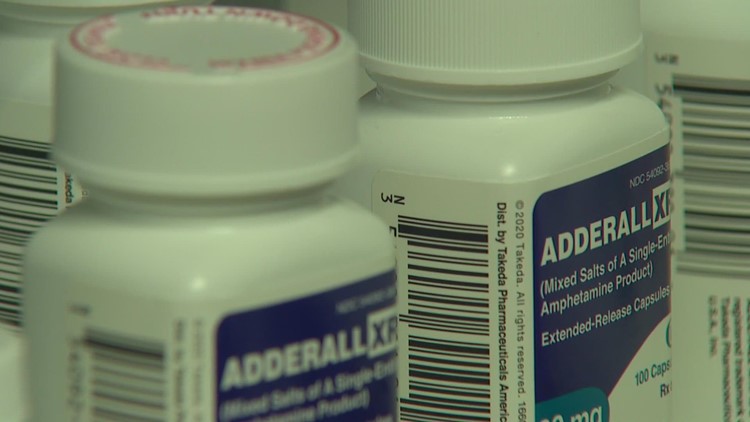 lack of prescription drugs; The number of flu deaths in Washington is increasing; What you need to know about the World Cup; Gyms forced to close due to technology layoffs; open ski resort

Tips on how to get prescriptions on time amid nationwide shortages

According to the FDA, there are currently about 125 drugs or health products in short supply across the United States.

Adderall is one of the most scarce drugs in America today.

The drugs used to treat cancer are running out. An increase in RSV in children, coupled with a return of the flu, leaves parents struggling to find Amoxicillin, Tamiflu and Albuterol. Anesthetics like Lidocaine are scarce. Ativan is used to control unlikely seizures and anxiety. Even everyday, over-the-counter treatments like Tylenol are increasingly hard to find.

Pharmacy owner Rashid Jamali said: “Before leaving the doctor’s office, be sure to call the pharmacy and make sure the product is available. “If not, you can ask for help in finding a pharmacist who carries the medicine.”

Another tip is to choose a small independent pharmacy. They usually do business with a few suppliers as opposed to large chains that may only have contracts with a few. Read more

Flu deaths reach 13 in Washington, nearly doubling in a week

According to the Washington State Department of Health (DOH), flu activity in Washington state is currently considered “very high”.

During the 2022-2023 flu season, the DOH says there have been 11 flu deaths in adults and 2 deaths from flu in children. The number of flu deaths statewide increased from 7 on November 19 to 13 on November 26, according to the DOH’s weekly flu report. Read more

Some small businesses in downtown Seattle are beginning to feel the effects of the most recent wave of tech layoffs.

Pandora Fitness is located on the corner of 8th Ave and Virginia Street, just steps from the headquarters of Amazon and companies like Meta.

The tech giants announced layoffs of about 11,000 employees in November.

The layoffs had a trickle-down impact on Pandora Fitness’s bottom line, where 80% of customers work in the tech sector.

Despite borrowing $250,000 to survive the pandemic, where gyms face some of the most severe COVID-19 restrictions, business is still down 65%. Read more

Everything you need to know about the 2022 World Cup

Now that the U.S. men’s national team has made it through to the group stage at the 2022 FIFA World Cup, they will enter the tournament’s “knockout round”.

Once the team competition is complete, the 32-team arena will be reduced to 16 teams competing for the prestigious trophy.

This is the 10th World Cup in the history of the United States.

The United States faces the Netherlands next, the eighth-ranked country in the world, according to FIFA. The round of 16 match will take place at 7 a.m. PT on Saturday. Read more

Time to go uphill! Every major Washington ski area is open or has announced an opening date

Winter is approaching and ski resorts keep an eye on the forecast as they plan their opening date.

Some ski resorts plan to open over the weekend of December 2, and dry, snowy weather is expected, according to KING 5 meteorologist Rich Marriott.

“They’ll all have great skiing conditions this weekend,” Marriott said. “The only other problem is there could be a lot of people wanting to ski when you do.” Read more

Rams vs. Seattle Seahawks matchups, how to watch and prediction

Kanye West: I Stand With Balenciaga!!

Twitter Becomes Stage for China Protests Despite Ban by Beijing