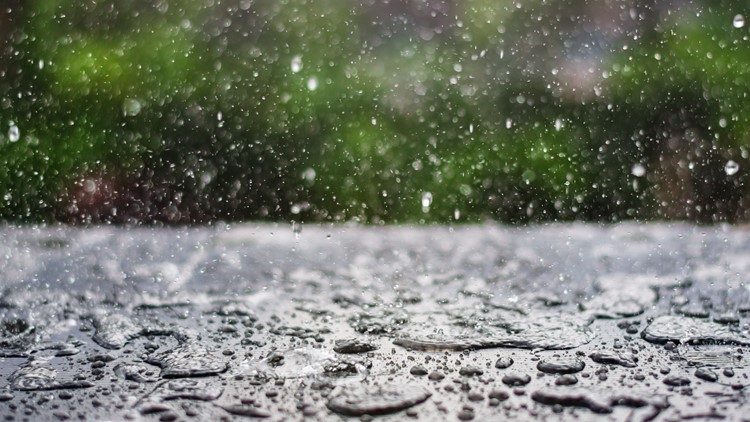 Atmospheric flow is expected to hit Washington on Thursday, bringing with it the worst of expected heavy rains, which are expected to last into the weekend.

Rain begins early Thursday morning for coastal beaches and the Olympic Peninsula. It is expected to rain lightly at first before increasing in intensity in the morning hours.

Rain spreads across the region Thursday afternoon, with the heaviest rain occurring in the Olympic Peninsula and the central and southern Sounds. Expect moderate to heavy rainfall here. Continue reading

A silent change in Washington’s administrative law has coffee stand owners frothing across the state.

The state’s Administrative Code now requires coffee and food stall operators to have “permanent sanitation facilities” in their mobile businesses, including restrooms. A Snohomish County coffee stand owner is now concerned countless stands could close unless the rule changes.

“It happened completely under the radar. I think maybe they thought it wouldn’t draw much attention, but they were wrong,” said Christa Long, owner of Wicked Brew Espresso in Stanwood. Continue reading

“Predator” company accused of swindling Washingtonians out of $30,000 for online training courses

Ferguson said in the lawsuit that Prehired LLC told prospective clients, “We guarantee you will receive over $60,000 worth of a job offer (from a technology company YOU choose).” The lawsuit, filed in King County Superior Court, identified the Prehired’s marketing claims were misleading, turned out to be lies and illegal.

According to the attorney general’s office, there is evidence that at least 39 Washington residents have contracts with Prehired, with the group owing the company more than $1 million. The exact number of citizens involved in the alleged fraud is not known at this time.

King County Council members want to make it easier for residents to safely turn in unwanted firearms or ammunition through a proposed year-round return program as the country struggles with gun violence and mass shootings.

Councilman Rod Dembowski, who supports the proposal along with three others, is trying to convert sheriff’s precincts, storefronts and other county-mandated departments to allow for safe storage and return of firearms and ammunition.

Under the proposed program, anyone could bring their unwanted firearms or ammunition to any county office operated by the King County Sheriff’s Office, including the 10 contract cities where it provides police services. Continue reading

Three Seattle-area beaches remain closed for the summer due to an ongoing lifeguard shortage, Seattle Parks and Recreation (SPR) said in a news release Tuesday.

SPR is closing Matthews Beach, Seward Park Beach and East Green Lake Beach for the summer. The department said the Medgar Evers, Evans and Queen Anne pools will also remain closed for the summer to allow construction work to take place in the area. Lifeguards at the sites are being diverted to other beaches, SPR said.

The department said it hadn’t hired enough trained and experienced lifeguards to keep all nine beaches and 10 pools open. 165 lifeguards are currently employed, but SPR said it needs about 425 to staff indoor and outdoor pools and summer beaches. Continue reading

Will the L.A. school board runoff revert to the familiar mudslinging, big-spending format?

US sees risk of COVID supply rationing without more funds