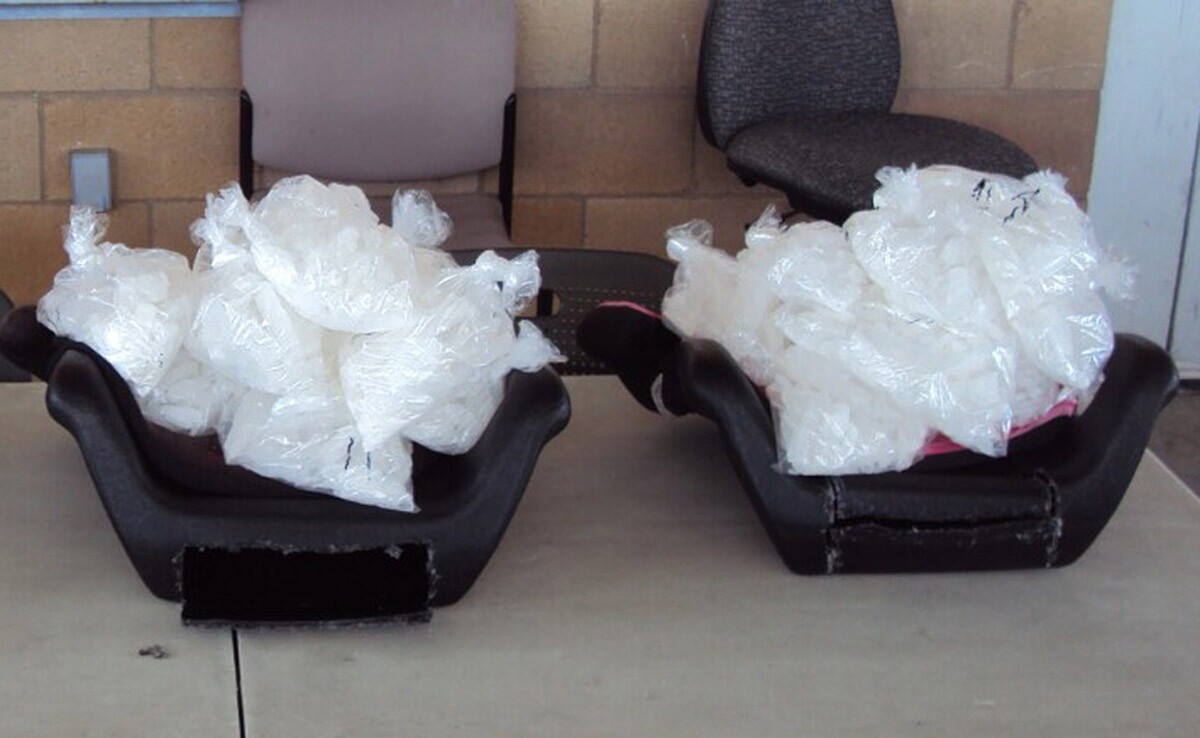 US Customs and Border Protection officials arrested a US citizen who tried to smuggle $60,000 worth of methamphetamine in booster seats at a checkpoint in Murrieta, the agency said.

While conducting a vehicle stop north of the Newton Azrak Border Patrol Station on Interstate 15 on Wednesday, agents intercepted a car carrying two adults and their four children. After the inspection, the unit’s K9 team alerted agents to the presence of narcotics in the vehicle, the agency said.

Multiple packages containing a “white crystal substance” were found in the three booster seats, and the substance then tested positive for methamphetamine, according to the agency. A total of 26.9 pounds of the substance was found in the vehicle, giving it a total street value of $60,000, authorities said.

According to the agency, the driver of the vehicle was handed over to the Inland Crackdown Allied Taskforce for prosecution and the vehicle was impounded by border police. The mother and four children were released.

“Our agents continue to work around the clock to protect our communities,” said Aaron M. Heitke, the chief patrol agent at the San Diego Sector Border Patrol office. “Drug smugglers will use any means necessary to get their poison onto our streets. Nothing is sacred to them, not even family.”

https://www.latimes.com/california/story/2022-06-20/border-patrol-seizes-60-000-worth-of-meth-hidden-in-child-booster-seats-at-murrieta-checkpoint $60,000 worth of meth hidden in child car seats seized in California

Monkeypox death confirmed by Los Angeles County health officials, believed to be 1st in US