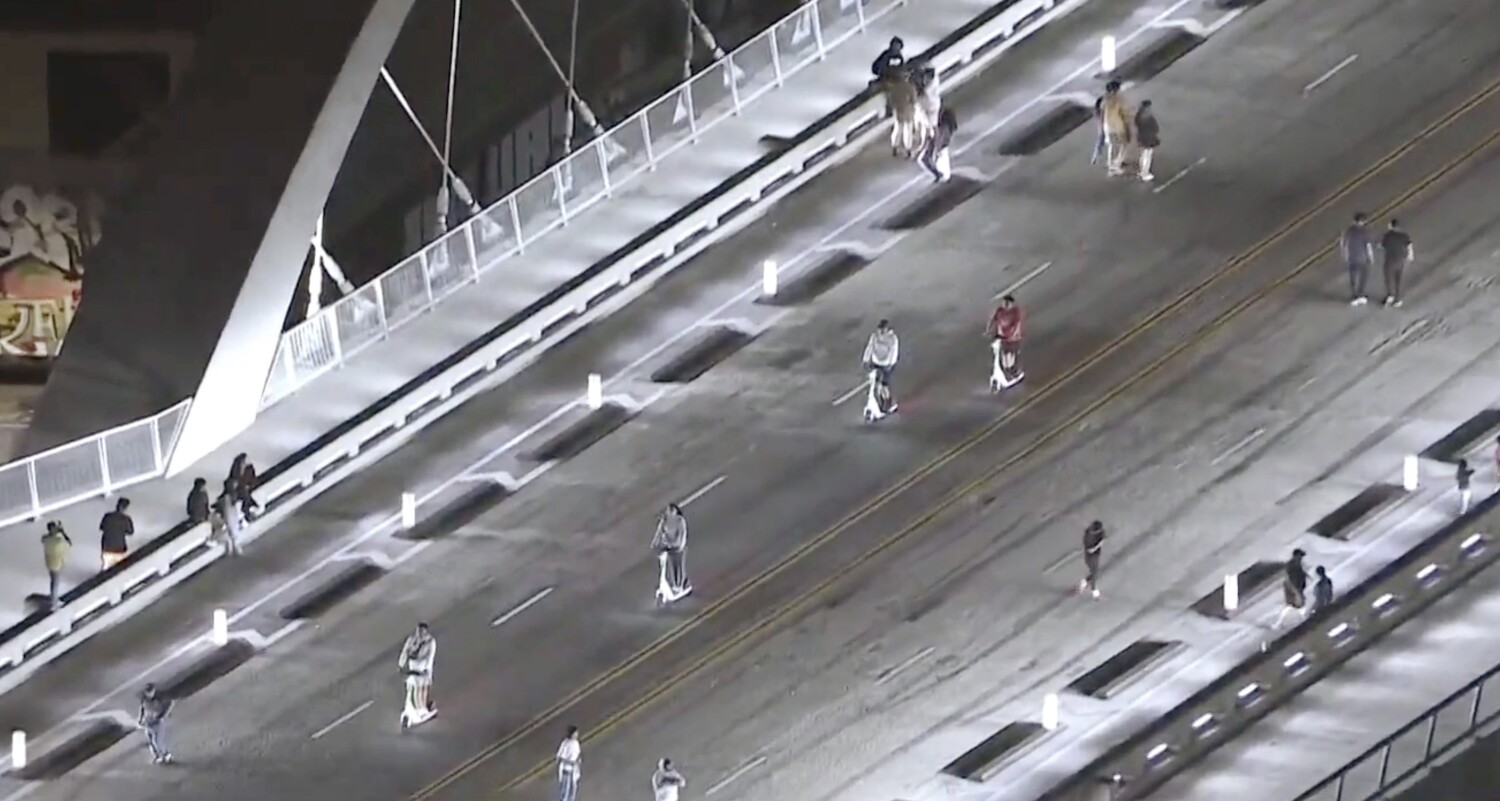 For the third night in a row, the Los Angeles Police Department said on Twitter that they were forced to close the 6th Street Viaduct because it was the case “questionable activity.”

An LAPD spokesman Monday could not confirm the details of what took place Sunday, which led to the bridge being closed again.

The 3,500-foot bridge that connects Boyle Heights to downtown Los Angeles has only been open to traffic for two weeks, but has quickly become a popular spot for street takeovers, illegal racing, dangerous stunts and vandalism.

On Friday, a driver struck a pickup truck that was illegally parked in a no-parking zone on the bridge, prompting several people to be escorted off the bridge by police. Within two hours of the bridge reopening, about 200 people gathered for a street takeover, with some onlookers climbing over safety barriers and trying to get a better view from the top of the bridge’s arches.

The bridge closed again on Saturday after more than 250 people gathered at the viaduct the night before for a street takeover that ended in violence and vandalism.

“Unfortunately, we entered another evening where the 6th St Viaduct had to be closed due to illegal activity,” the LAPD’s Central Area Division tweeted. “The day began with community residents holding up signs in the middle of the bridge that read ‘RESPECT THE BRIDGE’. We hear!”

In a statement last week, Eastside City Councilman Kevin de Leon said the city is considering installing cameras on the bridge to identify those involved in street takeovers and other illegal activities there.