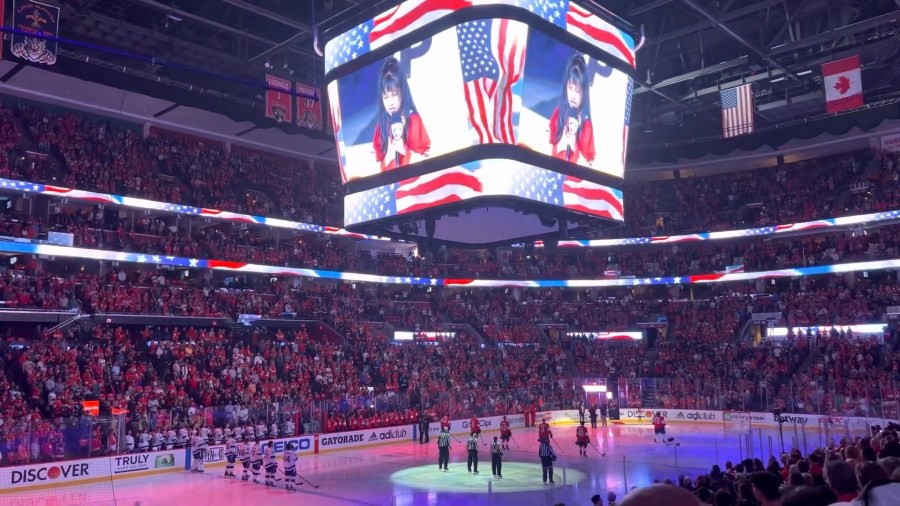 Pranysqa Mishra sang before the match and her family in the stands caught the performance on camera.


She says his favorite song is The Star Spangled Banner, which she has performed on other major stages such as the Miami Marlins and Los Angeles Lakers games.

WB I-90 lanes closed through Mercer Island Friday through Monday