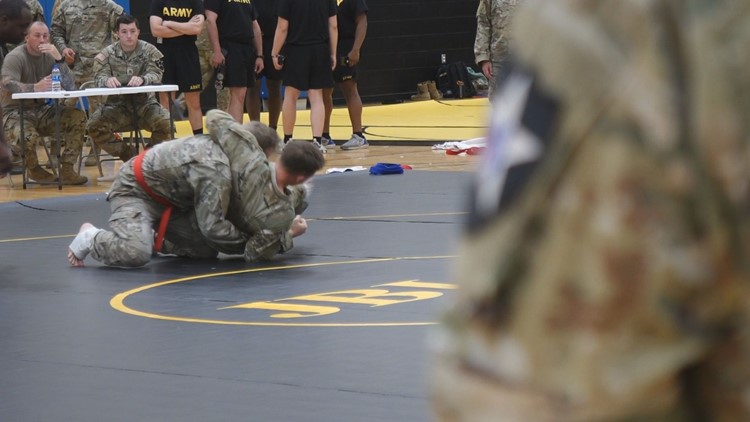 JOINT BASE LEWIS-MCCHORD, Wash. – Joint Base Lewis-McChord is hosting a special week of friendly competitions and pageantry in celebration of the 7th Infantry Division’s 105th anniversary.

Bayonet Week features a series of team competitions, athletic and other esprite-de-corps events that honor the historic division with a week of family-friendly team-building festivities that Maj. Gen. Stephen G. Smith said is critical to building a true team meaning are .

“Compete and cheer for each other at the same time. We believe it inspires trust. It’s about teamwork. We are the trust-in-me division.”

Bayonet Week features dozens of teams competing in everything from a combat tournament, fitness, a family fun run, flag football, softball and cooking.

Command Sergeant Major Timothy D. Lawless admits he was dying to judge the BBQ competition, but stresses that chefs are no different than the other veteran soldiers.

“It’s not just the soldier at the spearhead. There’s a whole detachment of people supporting this soldier, and it’s all a team. Everyone is just as important as everyone else,” Lawless said.

Range competition is a constant for Week of the Bayonet and that’s by design.

The Morning After: Our verdict on the Pixel 6a