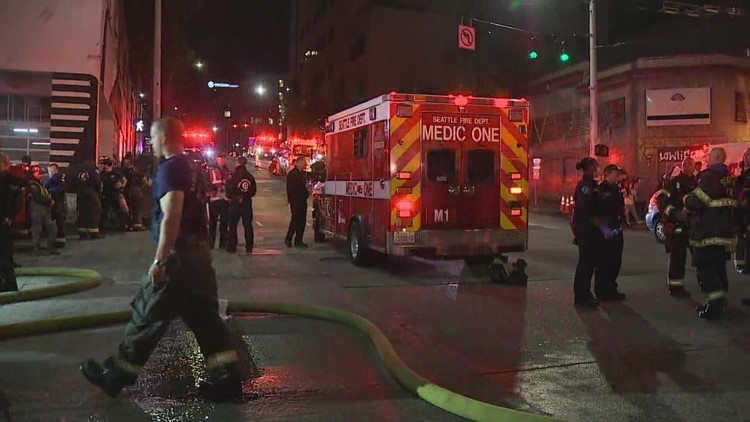 Firefighters responded to the First Hill neighborhood after reports of heavy smoke and fires throughout the building were received.

SEATTLE — Eight people were rescued from an apartment fire at 823 Madison Street Sunday night. Three of those rescued remain in serious condition.

People were shouting for help from the 4th floor of the building and there were many reports of heavy smoke and flames in the area.

A service dog and an infant were among those rescued, and the Seattle Fire Department said the fire was contained on the 4th floor of the building.

Firefighters had to drill several holes in the building’s roof to contain the blaze, and many of the residents are now having to look for alternative accommodation for the night, according to SFD.

No causes of the fire are reported at this time.

Angels struggle at the plate, striking out 16 times vs. Mets

The Biden Era Is About Fear, Not Greed