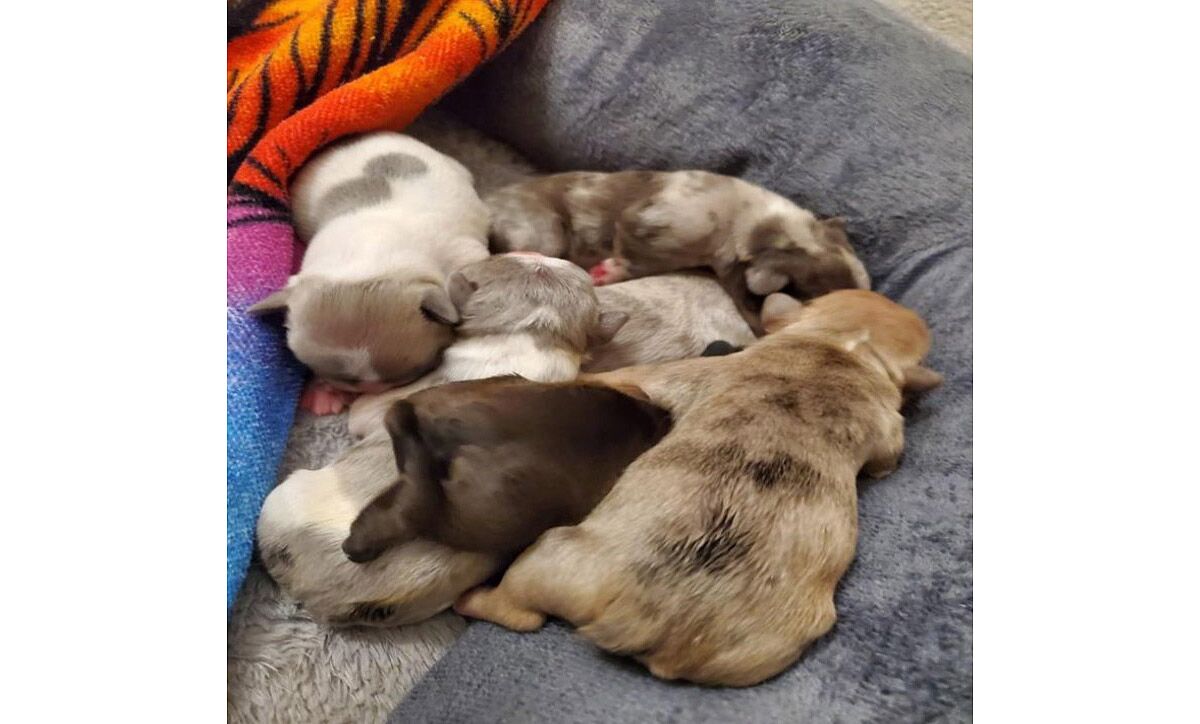 Nine French bulldog puppies were stolen from a home in Northridge on Sunday as the expensive pets remain a common target for theft, according to the Los Angeles Police Department.

The owner said he left the nine puppies at a friend’s home on Sunday afternoon when two masked men entered the residence and stole the dogs, according to an LAPD press release. The thieves were both wearing black ski masks, the victim said, and one was wearing a purple shirt.

Bulldogs, particularly French bulldogs, have grown in popularity in recent years and are reportedly among the most expensive dogs in the United States. The high demand for the dogs has made them more vulnerable to theft in California and across the country as they can command a high price on the black market.

Perhaps most famously, a pair of Lady Gaga’s French bulldogs were captured in a violent attack on their dog walker in Hollywood last year.

Breeding bulldogs, which are known to have many health problems due to inbreeding and face shape, has recently been banned in Norway. The decision has sparked further discussion and canine health regulation internationally, but no changes have been made in the United States.

Anyone with additional information regarding the Northridge French bulldog theft is urged to call the Devonshire LAPD station at (818) 832-0633.

Nate Diaz teases as he leaves, while Khamzat Chimaev must wrestle with the UFC and his future