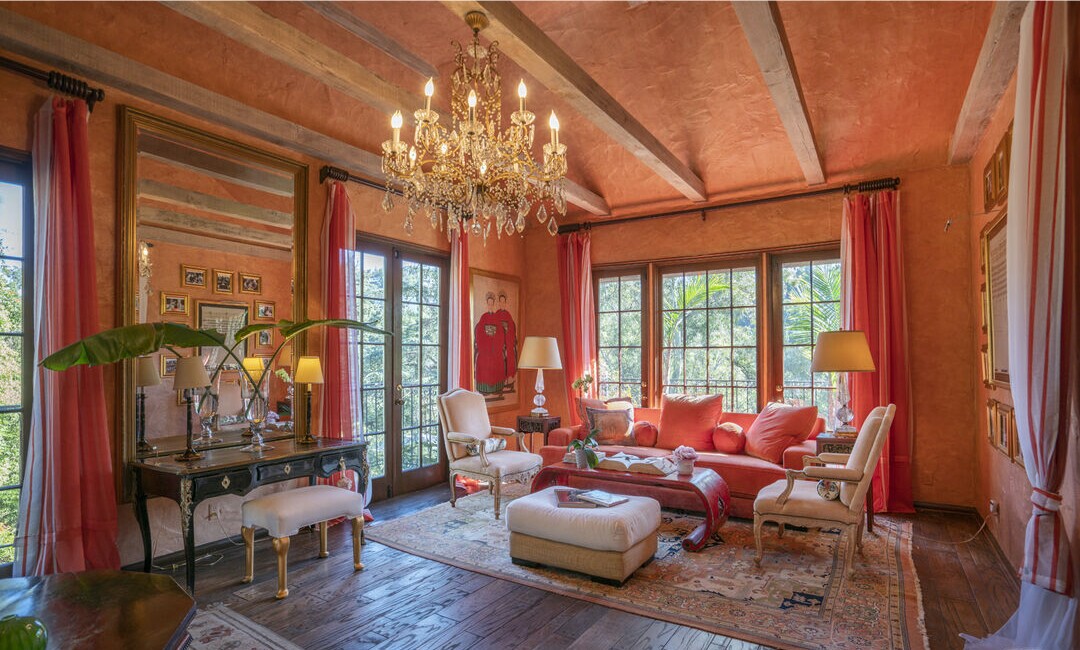 Pat Montandon – LA socialite, ex-wife of butter billionaire Al Wilsey, and author of books like “How to Be a Party Girl” – has been shopping around her Beverly Hills home for two decades century for $4 million.

That’s a significant improvement from the $1.65 million she paid for the property in 2003, records show. In the years since, Montandon has transformed it into a lavish entertainment paradise with crystal chandeliers, artwork, and bold crimson and orange hues.

Located on two-thirds of an acre in Coldwater Canyon, the three-story home is surrounded by lush landscaping and shaded with ivy. Inside, the Old Hollywood-style space is furnished with beamed ceilings and hardwood floors.

The four bedrooms and four bathrooms are spread across 4,000 square feet, and other highlights include a library with stone fireplaces and guest suites with private entrances on the third floor. French doors open to multiple terraces, providing a tree-covered landscape.

Bret Parsons and Aaron Montelongo of Compass keep the list.

Montandon, 93, has been nominated for the Nobel Peace Prize three years in a row for her humanitarian work. In addition to “How to Be a Party Girl,” her other non-fiction books on entertainment include “Make Friends” and “Celebrities and Their Angels.”

Op-Ed: Face it, Yosemite lovers — sprinklers can’t save the Mariposa Grove for eternity