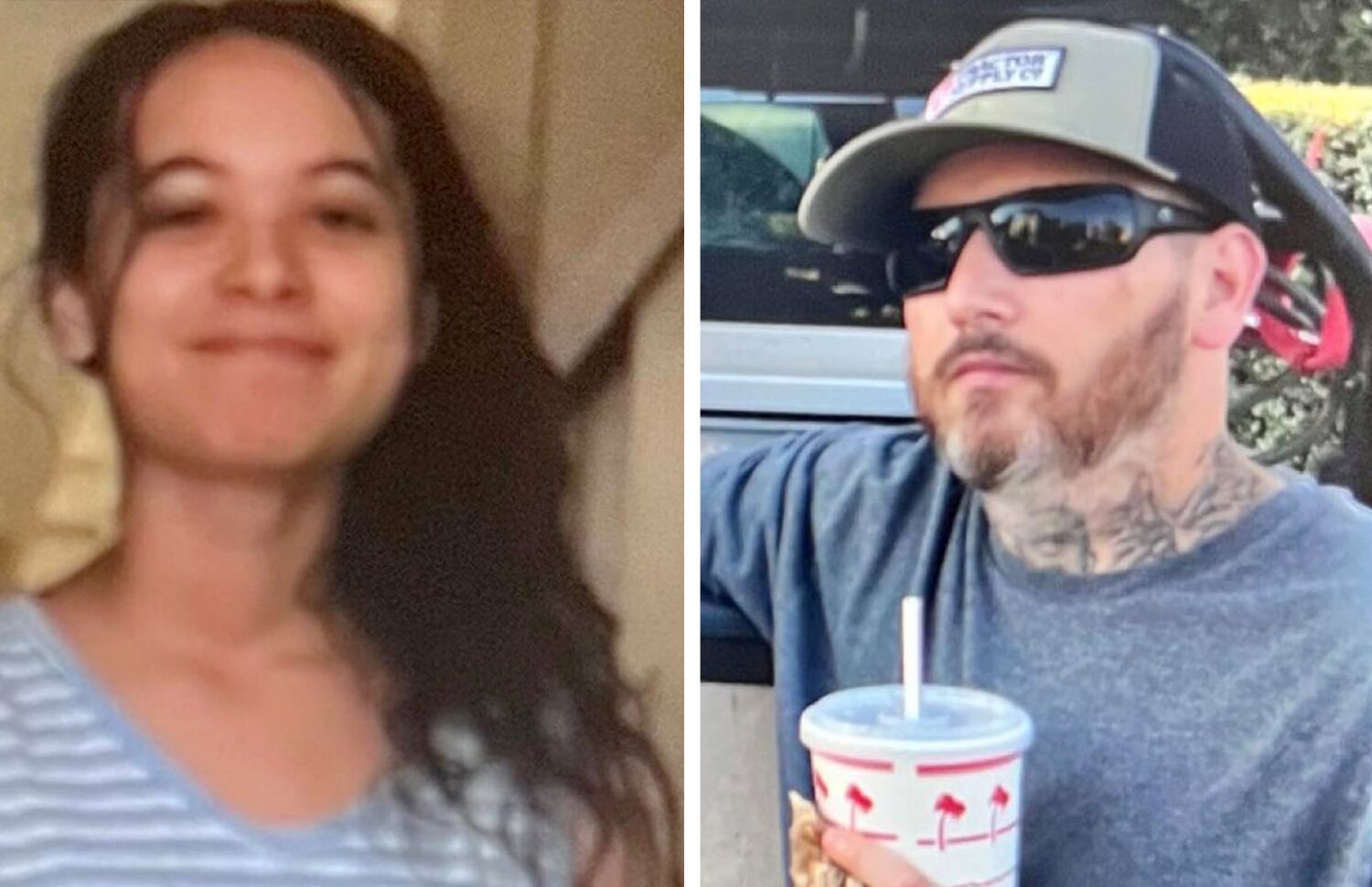 Authorities had been searching for Anthony Graziano and his teenage daughter Savannah for nearly 24 hours when his Nissan Frontier pickup was spotted near Barstow on Tuesday morning.

Graziano was a suspect in the murder of his estranged wife and authorities had issued a yellow alert for his daughter, fearing for her safety.

San Bernardino County Sheriff’s Deputies located the couple near the intersection of Highways 395 and 58 and gave chase. It was the start of a 70-mile chase punctuated by wild gunfire that ended in the deaths of both father and daughter.

“The suspect immediately starts shooting at our deputies, firing multiple shots through the windshield of the patrol unit,” he said, adding that a patrol car was incapacitated by gunfire.

It’s unclear how many shots were fired, and Dicus said investigators walked several miles through a crime scene.

Also on Wednesday, Dicus announced that “evidence suggests that Savannah Graziano also participated in the shooting of our MPs,” but he gave no details.

Dicus said Graziano continued to fire at pursuit of deputies as he drove to Hesperia. Near Main Street, Graziano went off the road and police attempted to hold the 45-year-old near a side street.

During the firefight, the passenger – later identified as 15-year-old Savannah – wearing body armor and a tactical helmet, ran towards the deputies and was shot, Dicus said. Her father was also found dead on the driver’s side of the truck, with an AR-15 rifle nearby, authorities said.

It remains unclear whether Savannah was armed when she ran towards the deputies. Sheriff’s officers have confirmed they retrieved a rifle from the truck but declined to say if other weapons were retrieved. On Wednesday, Dicus said the department is referring the investigation to the California Department of Justice to see if it meets the requirements of AB 1506 — which requires the state agency to investigate shootings involving officers involved in unarmed civilians.

Authorities say Graziano has been on the run since Monday morning after shooting his wife, Tracy Martinez.

Witnesses heard the sound of more than a dozen gunshots ripping through the morning air on quiet Fontana Street, just steps from an elementary school.

Fontana police said he shot her several times and left her for dead, then fled in his truck.

“I thought it was firecrackers,” said Juan Moreno, 59, who lives with his wife in the house next door to the shooting. “She looked out the window and saw the guy walking backwards [reversing his truck] really fast.”

The couple were estranged and going through a divorce, Fontana Sgt. Christian Surgent said, but police had not previously been called to the home over domestic or violent incidents.

Court records show that neither Martinez nor Graziano had filed divorce proceedings.

After Martinez was killed, Graziano fled and authorities believed he took his 15-year-old daughter with him.

What Fontana police officers didn’t know at the time was that sometime in the past month, Savannah had decided to live with her father instead of her mother and younger brother, hopping in the trucks from local motels and hotels and camping at local parks said Surgent.

The two appeared ready to go camping at parks in the area.

In Fontana, Martinez’s neighbors and relatives tried to process what had happened.

Four family members arrived at their home on Wednesday morning and declined to comment.

Before the violence, the whole family attended a church in Hesperia.

“The whole family came in,” said Greg Pounds, senior pastor of Connecting Point Church in Hesperia. “We have known her for many years. We’re still trying to put all the information together.”

Pounds said they left his church and were last attending services in Rialto.

“Our community is just as shocked as everyone else,” he said. “We also try to record everything moment by moment.”