Aaron Carter’s fiancee Melanie Martin has responded to his death after the pop singer was found dead in a bathtub at his California home over the weekend.

Martin shares 11-month-old son Prince with the late singer. “My heart is completely broken by the death of my fiance Aaron. I knew he was struggling and I tried everything to help him,” she told People. “He has a very independent and strong personality and I haven’t been able to help him in the way I felt I needed to.”

The officers on the scene reportedly found several cans of compressed air in the singer’s bathroom, as well as several bottles of prescription pills.

Ingesting compressed air (also known as wheezing) can cause permanent brain damage, which can lead to irreversible neurological deficits, according to the American Addiction Centers. Huffing is a type of substance abuse that involves inhaling fumes from household substances to get a high. Also known as sniff or Inhaled Abuse, this practice is usually done to feel euphoria or to experience visions or hallucinations; However, it is an extremely risky form of substance abuse.

His cause of death has not yet been released to the public. 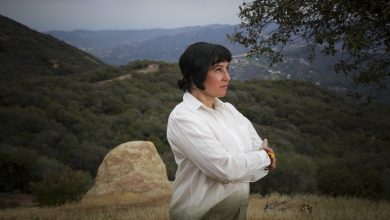 How to watch ‘Love Island’ Season 8: A way-too-complete guide