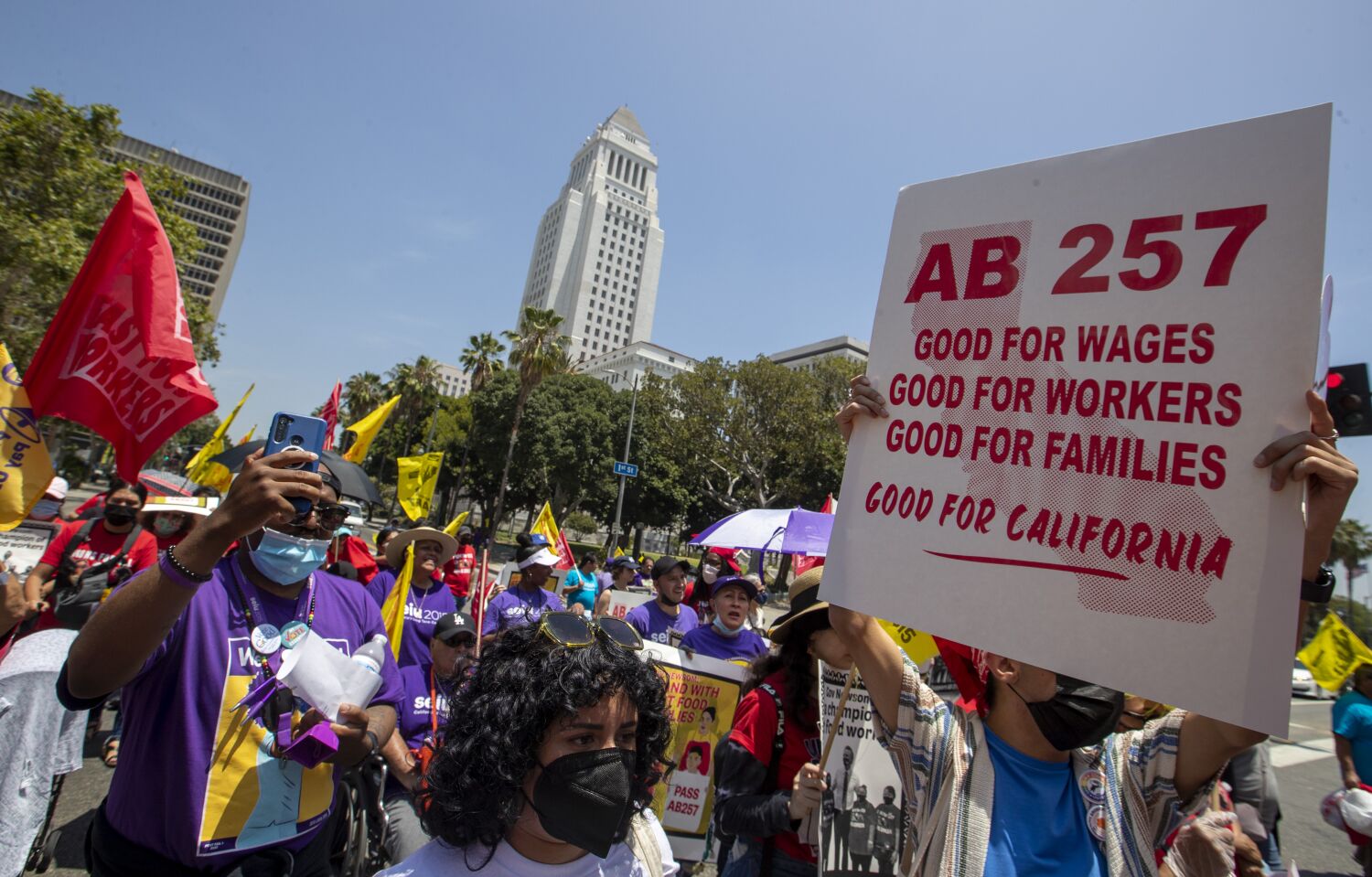 Businesses and restaurant trade groups said Monday they had submitted enough voter signatures for a ballot measure to overturn a landmark California law that could raise fast-food workers’ wages to $22 an hour — signatures some of which labor advocates claim they were obtained fraudulently.

The fast-food industry coalition called Save Local Restaurants had to submit approximately 623,000 California voter signatures by Dec. 5 to put a measure on the 2024 ballot to urge voters to repeal the law known as AB 257, or the Fast Recovery Act . The coalition, which spent heavily on the referendum, said Monday it had submitted more than 1 million signatures.

“The FAST Act would have a tremendous impact on Californians, and voters clearly want a say in whether it should remain in place,” the coalition said in a written statement.

It will likely take weeks for the California Secretary of State to review and validate the signatures submitted and determine whether the referendum can move forward.

If that raw total reaches 100% of the required signatures, counties have 30 business days to conduct a random verification of signatures, said Joe Kocurek, a State Department spokesman.

Service Employees International Union California, which co-sponsored the original law and is opposing efforts to repeal it, alleges signatures were obtained fraudulently and previously filed complaints with the Secretary of State and the Attorney General’s Office to seek action.

Last month, a Times review of video footage taken by organizers working with SEIU’s Fight for $15 campaign revealed four separate incidents in which petition collectors for the referendum falsely said signing the petition would support the effort to raise wages for fast food workers.

The attorney general’s office declined to answer questions about whether it is investigating the allegations set out in the complaint. “To protect his integrity, we cannot comment on any potential or ongoing investigation,” a spokesman for the California Department of Justice said in an email.

California has rules for collecting signatures, but they are difficult to enforce.

AB 257, which created a mandate for a unique council to set standards for the wages, hours and other working conditions of fast-food workers, was signed into law by Gov. Gavin Newsom on Labor Day.

It required the union to collect the signatures of 10,000 fast-food restaurant workers to push for the formation of the council once the law goes into effect. SEIU California said Monday it received those signatures.

The law is scheduled to come into force on January 1st. However, if the referendum qualifies, the law will be suspended until the question is put to voters in the 2024 vote.

Southern California’s warm temperatures and sunny skies to give way to rain this week, forecasters say