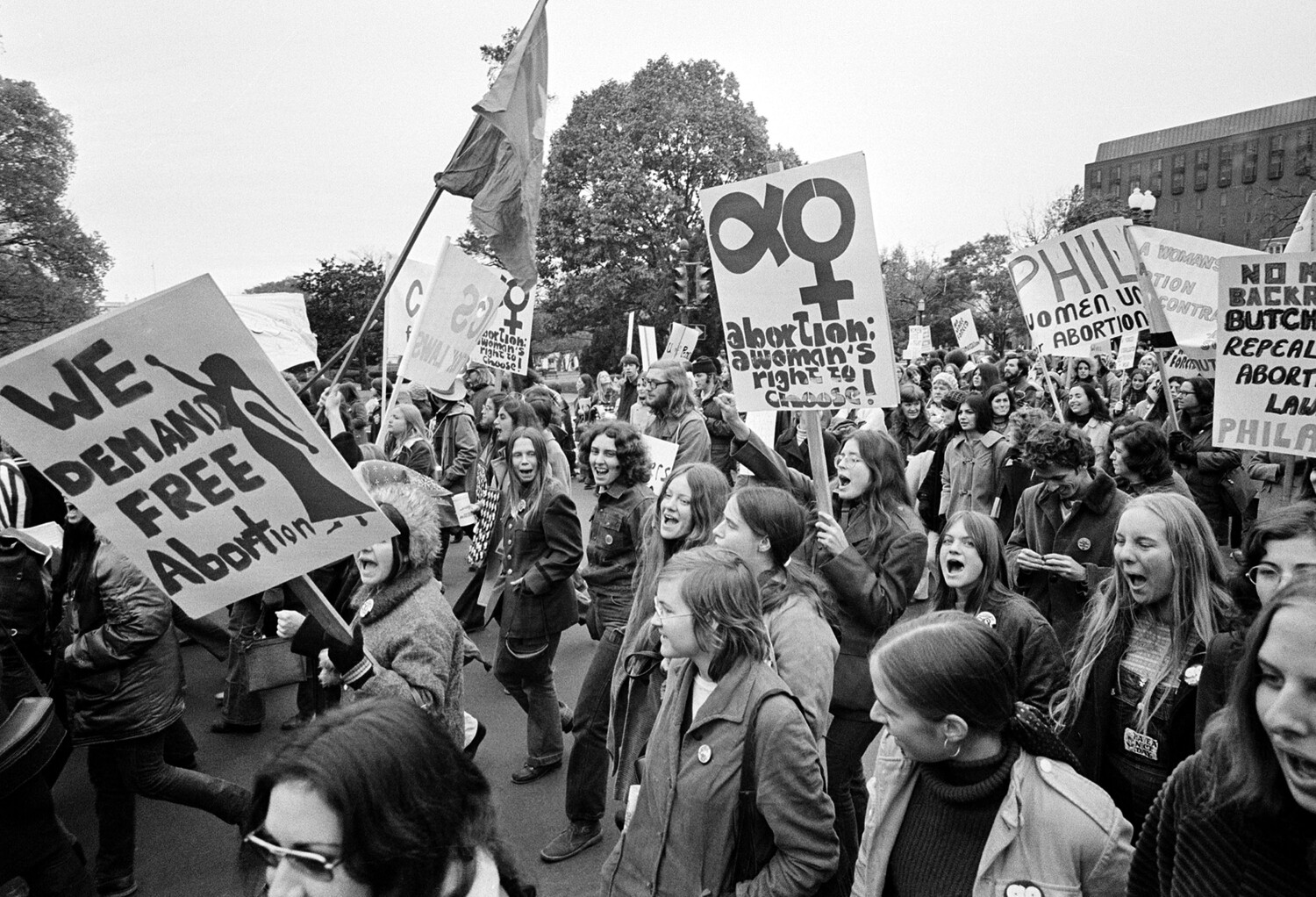 Early American anti-abortion laws were passed in the 19th century at a time when women could neither vote nor hold elective office.

Many of them made abortion a crime unless it was for the purpose of saving the mother’s life.

These strict prohibitions were attacked in the late 1960s as part of the women’s liberation movement.

Several states, including California, have passed laws allowing doctors to terminate pregnancies for a variety of reasons, including cases of rape or when the woman’s health is at risk.

But when the Supreme Court first considered a constitutional challenge to abortion laws, only four states, led by New York, had legalized the process.

The matter came before a court in transition.

Five justices remained from the Liberal court headed by Chief Justice Earl Warren, and they were joined by four new appointments by President Nixon.

In the fall of 1971, when the abortion case was first tried, the judges focused on an equally significant dispute over the fate of the death penalty.

In June 1972, the same month as the Watergate burglary, the Supreme Court overturned all death penalty statutes in a split 5-4 decision, with Nixon appointees dissenting.

The court then agreed to postpone a decision on the abortion question until the next term.

Two of Nixon’s judges had a surprise for their peers. Judge Harry Blackmun was general counsel at the Mayo Clinic in Minnesota before becoming a judge, and he saw the issue of abortion from a physician’s perspective.

He failed to see why 19th-century law should prevent a physician from performing a medical procedure that was safe and effective in the mid-20th century.

Judge Lewis Powell, a prominent Richmond, Virginia attorney, once comforted a troubled young man in his law office whose girlfriend had died of a botched abortion. He, too, thought abortions should be safe and legal.

With Blackmun and Powell on board, there was a clear majority for repealing abortion laws.

Chief Justice Warren Burger assigned the abortion cases to Blackmun because he believed he would offer a careful and humble opinion.

Instead, he wrote an essay on the history of abortion, dating back to Greek and Roman times, followed by a set of rules for future abortions.

The most significant part of the judgment was added just a few weeks before the report was published in January 1973. It states states must not ban abortions until “viability” occurs at about 28 weeks gestation.

Up to this point in a pregnancy, “the decision to abort, in all its aspects, is inherently and primarily a medical decision, and the primary responsibility for it must rest with the physician,” Blackmun wrote, characterizing it as a matter of physicians’ rights. not women’s rights.

Blackmun has done little to explain why the Constitution included a previously unacknowledged abortion right, except that the court had in the past cited an implied right to privacy.

Years later, that failure helped launch a conservative right-wing movement committed to the belief that the Constitution should be interpreted on the basis of its words and its original history.

Blackmun also rejected the idea of ​​a “right to life” before birth. This opinion helped launch a right-to-life movement that became the political base of the Republican Party.

https://www.latimes.com/politics/story/2022-06-24/abortion-and-the-supreme-court-a-short-legal-history-of-roe Abortion and the Supreme Court: A short legal history of Roe

What other cases are impacted by Roe v Wade: SCOTUS latest

Angela Lansbury death: Actress known for ‘Murder, She Wrote,’ ‘Beauty and the Beast’ roles, dies at 96

San Francisco D.A. gets crash course in the city’s politics