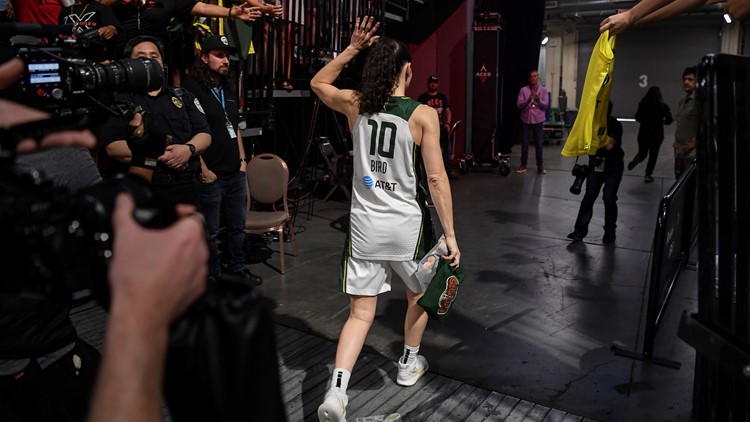 Kelsey Plum, who had 23 points for the Aces, scored seven points in the final minute. Her 3-pointer by 58 seconds gave Las Vegas a sixth lead and she added two more field goals as the Aces (26-10) secured the top seed in the playoffs.

Breanna Stewart had 21 points and 15 rebounds for the Storm and Gabby Williams added 11 points.

Briann January’s 3-pointer with about two minutes remaining in the third quarter gave the Storm a 10 lead before Las Vegas ended the period with a 12-0 run to lead 78-76 into the fourth quarter.

Las Vegas defeated Chicago and Seattle in back-to-back games to claim first place in the playoffs after beating defending champions Sky 89-78 on Thursday.

Already seeded as No. 4, Seattle will open the playoffs at home against No. 5 Washington on Thursday.

The Aces’ opponent in the opening round will be eighth-seeded Phoenix, with the series beginning in Las Vegas on Wednesday.

49ers on facing the Rams: ‘It’s the Cooper Kupp show’

Real Madrid vs. Barcelona tactics, formations, what to watch

“Going to report the matter to UEFA”