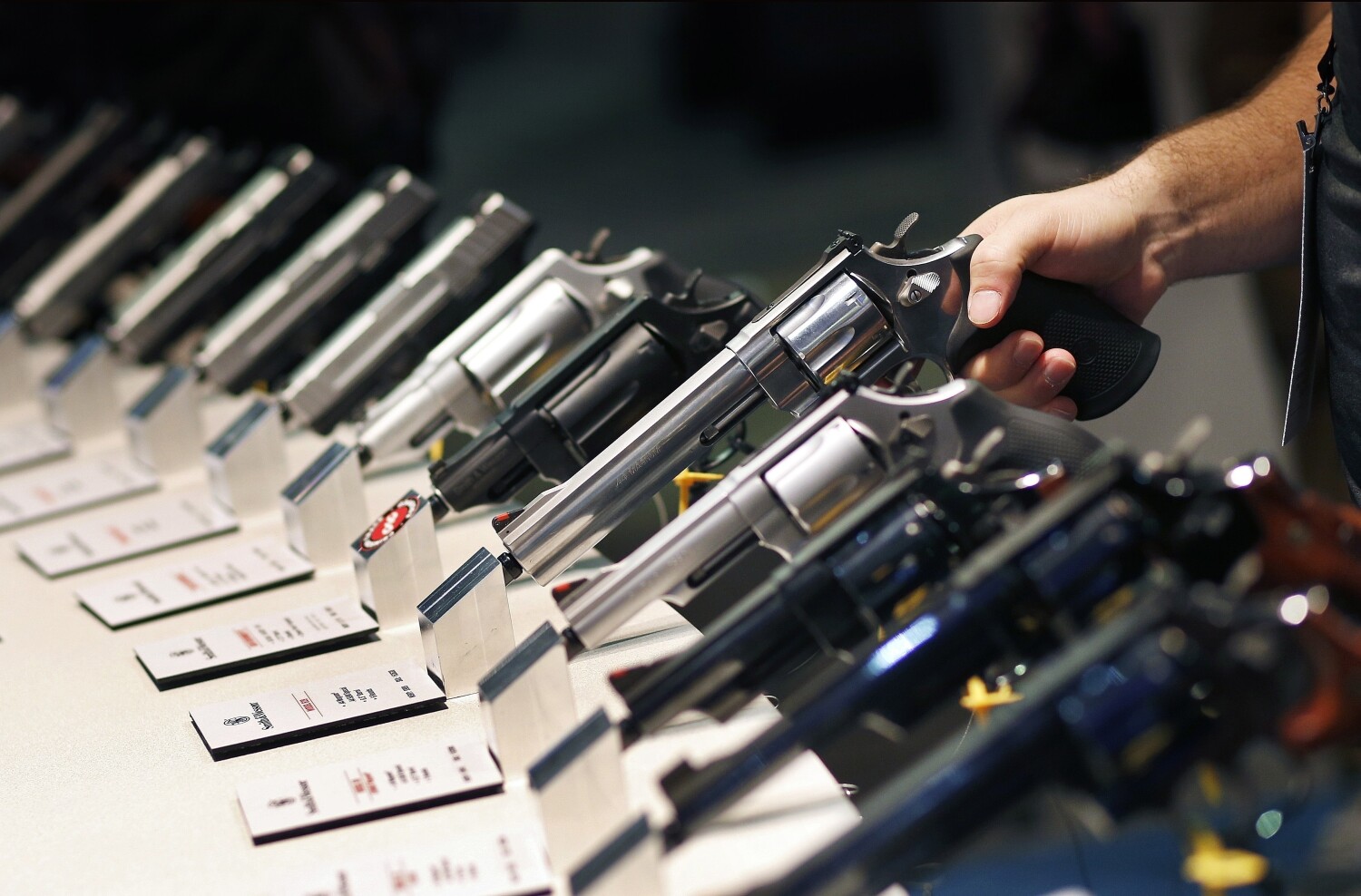 It’s a belief that has contributed to an historic surge in U.S. firearm sales and first-time gun owners during the COVID-19 pandemic: Having a handgun at home for personal protection makes you safer.

Groundbreaking new research conducted in California over a 12-year period shows the opposite is true.

Between October 2004 and late 2016, adults in the state who didn’t own a gun but lived with someone who did were far more likely to die a violent death than people in households without a gun, Stanford University researchers found.

In addition, people who lived with gun owners and were killed in their homes were particularly likely to die at the hands of a spouse or other intimate partner. Among the 866 murder victims who died in their homes during the period studied, roommates of handgun owners were seven times more likely than adults from gun-free households to have been killed by someone they said loved.

Translated into public health statistics, the results suggest that for every 100,000 unarmed adults whose roommate acquired a handgun, 4.03 more were killed by a gun over the following five years than would have been the case if their households would have remained gun-free.

The study was published Monday in the journal Annals of Internal Medicine.

The risk of living with a gun owner is overwhelmingly female, said study leader David M. Studdert, a Stanford professor of law and public health. Almost 85% of murder victims who live with handgun owners are women, he said.

Children also bear a disproportionate share of the risks associated with living in gun-owning households, but their deaths weren’t counted in this study, Studdert said.

The research comes amid a surge in gun sales spurred by fears of crime, racial divisions and a pandemic that has killed nearly a million Americans and exposed grave public health injustices.

In a 2015 survey, Harvard University researchers found that the number of handguns in American homes had nearly doubled from 65 million in the mid-1990s to 113 million in 2015. Among handgun owners, 2 out of 3 cited self-defense as the primary motivation for the decision to keep a firearm.

A study published in February found that between Jan. 1, 2019 and late April 2021 — a period marked by pandemic lockdowns and nationwide protests sparked by the May 2020 killing of George Floyd by Minneapolis police officers — around 7.5 million new firearms were purchased. This shopping spree created an estimated 5.4 million new gun-owning households in the United States and exposed more than 11 million household members – including 5 million children – to the risks of life with a gun.

As historically low crime rates during the pandemic began to rise, Americans rushed to buy handguns to protect themselves and their families, Studdert said. Despite clear evidence that suicide rates and firearm-related accidents are higher in households with firearms, the narrative that guns protect households in other ways has gained traction in the United States.

“People living with gun owners showed no evidence of a lower rate of fatal stranger assaults,” Studdert said. “This indicates that a weapon has no protective effect against intruders. We just didn’t see that.”

Many adults know that having a handgun in the home increases the risk that a troubled youth will use the gun to commit suicide, Studdert said. They realize that a curious child could seek out the gun to play with, with disastrous results.

But many of these adults seem to believe that the same weapon will repel robbers, rapists and other intruders and protect family members from harm, he added.

“You could say that’s a worthwhile compromise, but we don’t see that protection,” he said. “In this study, we did not find any protective benefits.”

The authors of the new report emphasize that like the smoke of a tobacco user, the risk of living with a gun spreads beyond the person willingly taking the risk. To make this parallel clear, they dubbed the increased likelihood of a violent death for those who do not own guns the “second-hand risk” of gun ownership.

David Hemenway, an injury prevention researcher at Harvard University, said the analogy is no coincidence.

As efforts to measure and limit tobacco harm escalated late last century, it was the notion of “third-party effects” that moved the needle, Hemenway said.

Hemenway called the new study “really important” and groundbreaking in its use of public records to track the whereabouts and well-being of very large populations over long periods of time. The Stanford team linked gun purchase documents to public voting records, which include the homes of more than 17 million Californians. These in turn were compared with death certificates and coroner’s reports.

“It’s like something that’s almost never done in injury prevention: you have these millions of people, and you follow them year after year after year,” Hemenway said. California, with its strict gun sales laws and careful record keeping of gun ownership, is “one of the few states” where a study like this could be conducted and have national implications, he said.

Much more will be learned from the data collected for this study, he added.

“Look, there’s going to be so much additional, incredibly important, gun-and-death research coming out of California in the next few years,” he said. “Once there is a good dataset, researchers are like moths to a flame.”

Did fed-up California voters really rebuke the left on election day? Not exactly

Parasite that controls cat minds may infect billions of people. The clue is in their eyes.

Twitter will fight misinformation in US midterms with notification changes