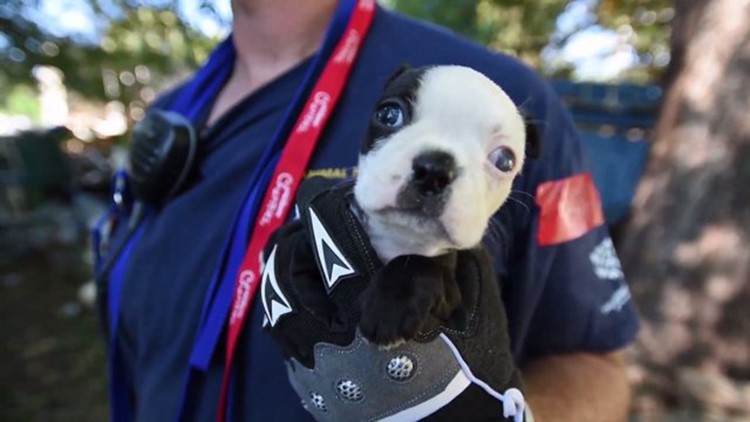 The law would end the sale of dogs, cats and rabbits at pet stores statewide unless the animals are from shelters or animal shelters.

The law would end the sale of dogs, cats and rabbits at pet stores statewide unless the animals are from shelters or animal shelters.

Supporters of House Bill 1299 and Senate Bill 234 say now is the time to end what they call an “inhumane pipeline.”

“So often these animals come in when they were sick before they were bought and we would try to save their lives,” said veterinarian Dr. Beth Mehaffey. “Just as often they’ve gotten sick right after they’ve been bought that they’ve been abandoned either at the pet store or on the farm where they were bred and then they get sick and that becomes the problem of the person who bought that dog now.”

Victoria’s Law is named after a German shepherd who produced over 150 puppies in 18 litters over the course of 10 years in a puppy factory.

Victoria had a terminal illness that she may have passed on to her puppies.

In February 2019, just 16 months after her rescue, Victoria had to be humanely euthanized by her adoptive family due to the progression of her illness.

The rally ended with a vigil to commemorate Victoria and the other animals that have lived and continue to live to produce pets for the pet shop industry.

https://www.fox43.com/article/life/pets/law-end-the-sale-puppy-mill-pets-pennsylvania-dog-cat-bunny-victorias/521-82c8f9cf-33c0-43fb-b328-e5bca90d39aa Advocates rally for law to end the sale of ‘puppy mill’ pets in Pennsylvania