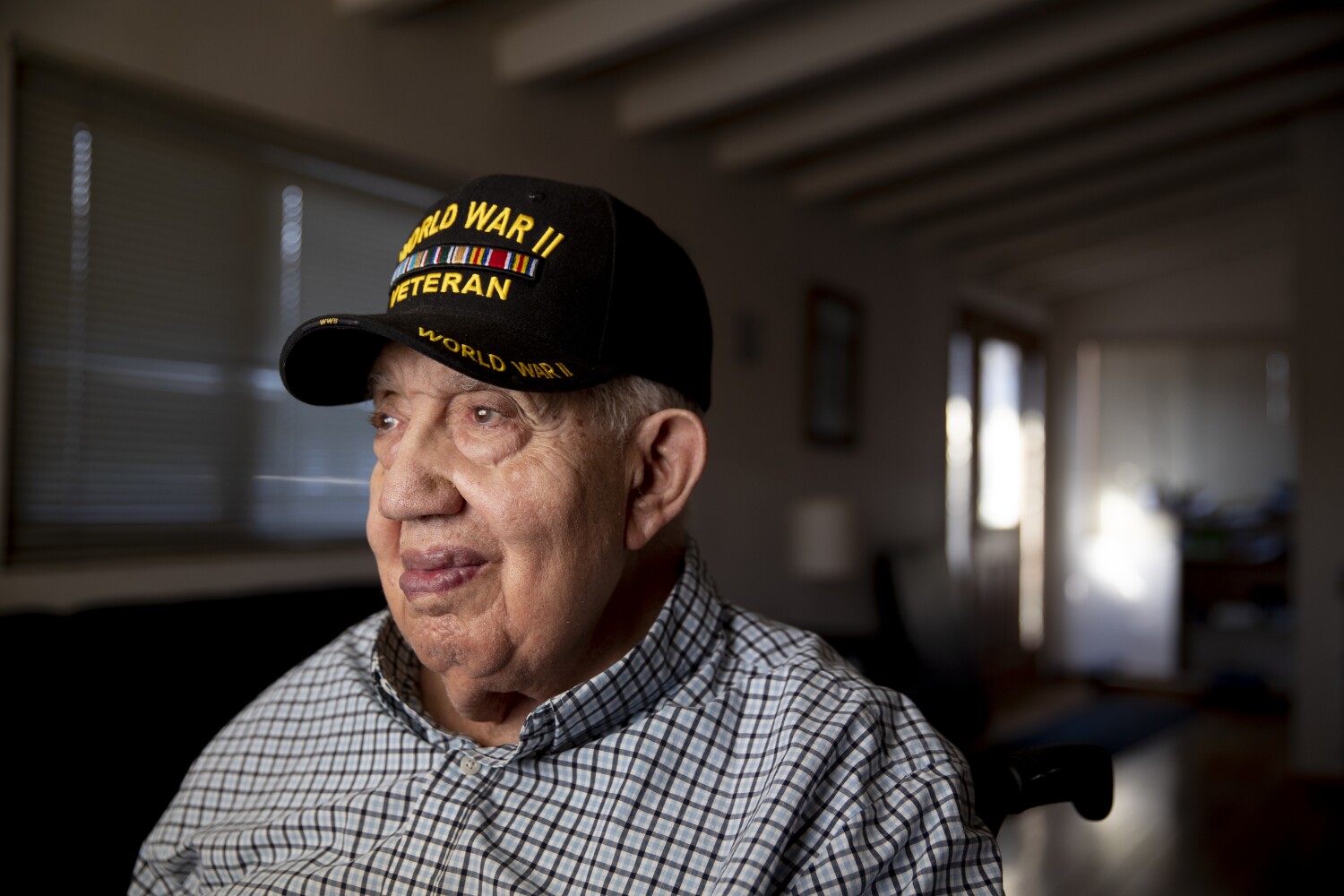 Decades ago, Bernard Benedict James sat with his young children in the family living room at their home in La Mirada, where he had written a series of mathematical equations on a chalkboard.

At the time, the Harvard-trained aerospace engineer was working for NASA’s Jet Propulsion Laboratory and spontaneously wanted to teach his 10 children a math lecture.

“I was just learning about fractions in elementary school, and my dad started doing math about black holes,” his son David, now a 59-year-old visual effects artist, said this week.

But before math classes and before James worked on two missions that sent astronauts into space, the World War II veteran spent two years in prison after being hastily convicted of mutiny and disobedience, a black soldier who dared a white one to question supervisors.

James and his family worked tirelessly to clear his name over the following decades, but he did not live long enough to see a full correction of his service record. James died in his sleep on July 18 at the La Mirada home where he once taught his children. He was 101.

James should have been part of the US forces that invaded France on D-Day June 1944 on the beaches of Normandy. Instead, after a hasty court-martial, he was in an English prison.

He had spoken out for another soldier who had found himself in the verbal crosshairs of a white commander who often shouted racist remarks at the men of the 641st Ordinance Company and labeled his black soldiers with the N-word. For his loyalty, James was told to “remove his stripes,” according to court transcripts. Several other men also gave theirs in protest.

Two months later, MPs armed with submachine guns raided the camp and arrested James and 17 other soldiers, all black.

James was sentenced to 18 years in prison but was summarily released two years later without a formal apology after his family launched a letter campaign to raise awareness of his case.

“I didn’t know people were thinking of me,” James said earlier this year. “My sister and family and even my future wife Florence all worked for me, for us. It sure was a lesson. I would think about all of that years and years later.”

After being released from prison, James returned to military service and was honorably discharged in 1947, but according to his record he was AWOL for 704 days – despite serving that time in prison.

The US Army provided James with a partial correction to his military record after The Times wrote about him on his recent birthday. David said his father wanted to appeal the army’s decision; He wanted a full correction of his record, which explained that he had been wrongly imprisoned. Cristina Garcia, a member of the California Assembly, introduced a joint resolution in March seeking full exoneration of the president from James’s file.

While the Army acknowledged that James had not left his post during his military service, no one ever called to apologize, he told the Times in April.

“I’m not holding my breath,” James said at the time.

Bernard Benedict James was born in St. Louis on February 7, 1921 and spent his formative years in Chicago. His mother’s Creole family came to the United States from Haiti; his father was half black and one quarter Cherokee.

James attended the Illinois Institute of Technology and Wilson Junior College in Chicago and worked as a junior engineer draftsman. But in 1943, in the midst of World War II, the Army recruited James, who served as a technician at the European Theatre.

Josefa James, 67, doesn’t believe her father suffered from PTSD but said there were outbursts of anger during her childhood that she couldn’t believe at the time.

“I think it had to do with his time in prison. After they locked him up while he was in the army, I think he was always suspicious that the government could impose their will on you and there was nothing you could do about it,” said Josefa, who worked as a prosecutor in Alameda County for 30 years.

After leaving the army, James went back to school, first at the University of Michigan and later at Harvard University. He married Florence, a white journalist he met through Friendship House, a religious organization promoting civil rights in Chicago.

“The smartest thing my father did was marry my mother,” said son Will James, an American history teacher, adding that after raising 10 children, his mother went back to school and completed her master’s degree. Graduated in library science.

James would have a distinguished career in the aerospace industry – including designing the capsules that carried astronauts on the Apollo and Mercury space missions.

After his work landed the family in Southern California, they often took their two station wagons on fishing trips to Mexico when the kids were little. During these car rides, Josefa said, her father occasionally let her drive, and the two of them began a meaningful conversation. In such a large family, she enjoyed this personal time.

James was a skilled fencer and chess player, Josefa said, and taught her as a child to recognize the constellations and to shoot with a bow and arrow.

She said a friend once described James’ family dynamic as follows: “Your mother is in a rowboat, straight back. You are all 10 in the boat and she rows while your father swims around her in the sea,” said Josefa. “And that was my father.”

He once vowed to fish from the sea for all his family’s meals. And when he wasn’t fishing, James enjoyed cooking duck gumbo and more fine dining while celebrating his family’s Creole culture. He often flavored his stories with French and Spanish.

“Whenever my friends would drop by during high school, they enjoyed all the conversations that took place because my dad always had some kind of answer to our questions,” recalls son Will, 64.

While race was not openly discussed in the family home, the James children were not immune from bigotry.

Daughter Maria-Elena James, 68, remembers how in 1962 her father invited Walter Schirra, a personal friend of his and the first astronaut to go into space three times, to his children’s school.

“At that time, La Mirada was almost completely white,” recalls Maria-Elena, 68. “I sat there beaming with pride as my father stood in front of the auditorium with a model of the rocket ship and a famous astronaut.”

Then a boy turned in front of her and shouted the N-word at her father. She slapped his mouth.

“I was sent home because of fighting. I was in five fights that day,” said Maria-Elena, who spent her career as a federal judge. “They didn’t appreciate the astronaut, but they did appreciate that my father was black.”

David recalled being on a family trip outside of California in the 1960s and his father wasn’t being waited on at a restaurant.

“I was very young then,” he says. “It was odd to see how others saw him as a black person compared to this highly educated, multilingual scientist.”

David said his father tried to ward off racism whenever he confronted it and instead tried to celebrate the great coincidences in life.

James instead believed in the concept of for, the Latin word for luck or coincidence. He believed that nothing was really a coincidence.

Cherice Fraine met James when she was in her early 20s, working in the shoe department at Macy’s while attending community college in Fullerton.

“I must have had a sour expression on his face because he asked me what was going on,” Fraine recalled in February.

She told James that she was studying for a statistics course and that it was important for her to pass so she could move on to a four-year university.

“He explained that he was a bit of a mathematician. I didn’t know he was an engineer. He offered to tutor me and I didn’t know what to think about it,” said Fraine, 41. She accepted, and his tutoring helped her pass the class.

She now works as an analyst for the US government, a career she says would not have been possible without James.