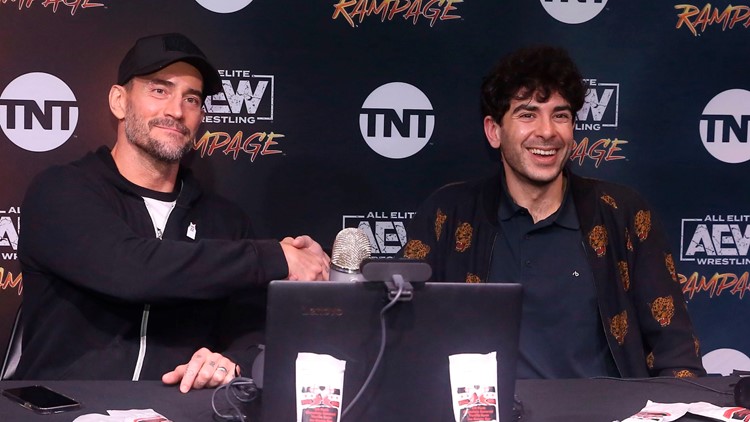 Fans are drawn to the burgeoning professional wrestling scene because of the emphasis on wrestling without much backstage drama or storylines.

LOS ANGELES — All Elite Wrestling continues to thrive with compelling matches and attracting new fans three years after its debut.

The burgeoning professional wrestling circuit kicked off a busy summer schedule by returning to Las Vegas for its Double or Nothing pay-per-view for the first time since its inaugural card in 2019. This was followed by an appearance in Los Angeles for the First Time when his Wednesday show Dynamite drew a sell-out crowd to The Forum on June 1st.

This week’s show is in Kansas City.

AEW CEO Tony Khan said the May 29 Las Vegas show at the T-Mobile Arena had $1.1 million in ticket sales, the largest gate earnings they’ve had, as well as an estimated 155,000 purchases Pay per view.

“It was great to return to the city where it all started for us. Three years later, we came back and continued to grow our audience,” Khan said. “Each event has grown year after year. We have a great group of wrestlers who have had so many great fights. There’s so much more to come.”

AEW stayed in Southern California for a few more days and had their Friday “Rampage” card from Ontario. It’s one of the few times that “Rampage” has aired live since it debuted last August. It is usually recorded on the same night as “Dynamite”.

Last week’s episode of “Dynamite” was the second highest-rated show on cable television, with a rating of 0.4 and an average viewership of 969,000. The two-hour program on TBS has attracted over 900,000 viewers in nine of the past eleven weeks.

Chris Jericho, who has been with the company from the start and was AEW’s first champion, said the trip to Vegas is a good time to assess how much they’ve grown.

“We have now made AEW a viable competitor. And it’s a safe place for people to come now,” he said. “When we started it was a bit wild, wild west, nobody knew what to expect. And it was like taking a little risk. I think it went even further than I expected. I think now that we’re here we’re only scratching the surface of how far we’ll go.”

Fans have been drawn to AEW because of its emphasis on wrestling without a lot of backstage drama or storylines.

AEW has grown despite not traveling for 15 months due to the coronavirus pandemic. They did a few live shows in Salt Lake City and Denver in early 2020 before the pandemic took everyone off the streets from March 2020 to June 2021.

Cody Rhodes was also one of the biggest names to begin with, but left the company earlier this year before eventually returning to WWE.

AEW Champion CM Punk, who joined the company last August, appreciates the great strides that have been made, especially in the wake of the pandemic.

“When there were no fans during the pandemic, I got to see them innovating and creating while struggling through a difficult time for everyone, both professionally and personally,” he said. “I think what you’re seeing now is that we’re settling back in, selling out more arenas and offering a little bit of everything to all types of fans.”

Although there are many veterans, AEW has shown that it can also develop its own talent. Britt Baker was women’s champion for 290 days and TBS champion Jade Cargill is unbeaten in 32 games since her debut in March 2021.

“It’s very encouraging that I’ve been able to witness all of this growth in live television. “Dynamite” was my powerhouse,” Baker said. “I knew I was brand new and learning. There was something that would be trial and error and some things that I would fail at, but that’s what made me who I am today. It was a great deal that I was thrown into a sink or swim situation. And I wouldn’t change anything for me.”

Khan continues to have a full plate. He is also GM and Head of Creative at AEW and has father-owned roles at the NFL’s Jacksonville Jaguars and English football club Fulham FC, who return to the Premier League for the start of the season in August. Khan also bought Ring of Honor earlier this year and is rebuilding it.

All of which makes for an interesting summer for Khan and AEW. There are new cities to visit including Detroit at the end of the month and an AEW vs. New Japan Wrestling pay-per-view in Chicago on June 26th.

The summer will also include a story that no one imagined just a week ago. An interim champion is named after Punk sustains a foot injury that requires surgery.

Despite the injury, Punk, who won the Double or Nothing title, is enjoying his time back in wrestling, even if it means spending some time on the sidelines.

“They reignited something in me that I honestly thought was long dead. I used to love professional wrestling and I’m not in love with it anymore,” he said. “I think when you love something so much, you can hold onto it in such a way that it can ruin the thing for you. But there is almost no reason to think about it anymore.

“I love the youthful enthusiasm that everyone has backstage and it has reignited my love for it. So the last nine months have been nothing short of a miracle of sorts. I enjoy every step along the way.”

Don't date a man who treats you like leftovers

Disney power broker at the heart of Anaheim 'cabal'