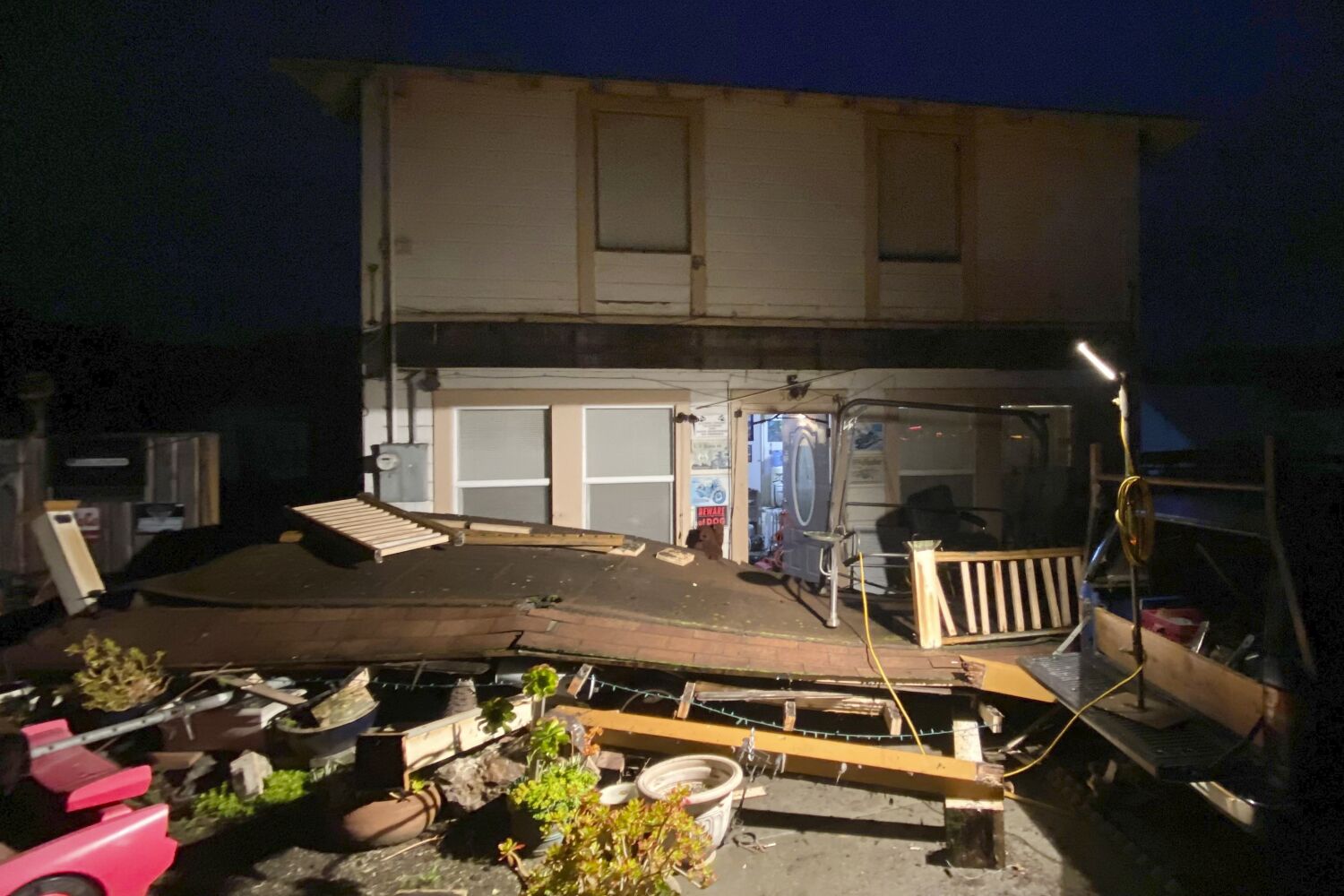 Rio Dell Mayor Debra Garnes was shaken up by the Humboldt County earthquake on Tuesday.

“It was the strongest earthquake I’ve ever felt,” the mayor of the small Northern California town told the Times. “It was a long-duration earthquake, so at 6.4 it was not only significant in size, but also long.”

Then she had to get to work, coordinating with Rio Dell’s construction department and the volunteer fire department to check the structural integrity of the homes, as well as the dozens of emergency calls received from local residents.

Garnes said about 60 emergency calls were received immediately after the earthquake. Most of the injuries at Rio Dell were minor, she said. There was one fatality during the earthquake, but it’s unclear if or how it could be related to the tremors.

The mayor said a call came in after the earthquake about someone having trouble breathing. The person went into cardiac arrest and medical staff performed CPR.

The person was taken to a hospital but did not survive.

Building inspectors went through Rio Dell on Tuesday morning, checking the structural integrity of homes and other structures, Garnes said.

City officials expect about 50 to 150 people will be displaced by the earthquake. The displaced will be admitted to Monument Middle School if the school is structurally sound.

Otherwise, people will be placed in the fire hall, she said. Like the rest of Humboldt County, Rio Dell currently has no electricity, but the city also has no water, Garnes said.

“Our biggest problems are no electricity and no water. Structural damage is next on the list,” she said. “Our water system has really been destroyed. So many leaks.”

The quake was reported at 2:34 a.m. about 7½ miles southwest of Ferndale, California. It caused damage to buildings in areas south of Eureka and injured several people. More than 70,000 customers are without power.

Arcata residents Amy Uyeki, 65, and Reese Hughes, 69, were asleep when they felt the first earthquake.

The power went out immediately. “Afterward, you kind of feel dizzy and physical, like you’ve been through something,” Uyeki said. “When it happened I thought it was the big one because we didn’t feel anything that strong.”

The couple fell to the ground during the earthquake, which Uyeki said lasted about 15 seconds.

“That was very disturbing,” Hughes said, “because it happened at night and you can’t see how much has come down until you walk around with your flashlight.”

Shelves were falling off the walls and some household items were broken, she said, but structurally the home appeared undamaged.

This was not a typical Northern California shaker, local residents noted.

“This is a region used to earthquakes,” said Senator Mike McGuire, a Democrat representing Humboldt County. Still, he added: “It was a big deal. It is described as a long, violent shaking. … The adjective violent has been used a lot this morning.”

Individual residents reported that entire bookshelves and kitchen cabinets were emptied by the shaking.

McGuire said local and state officials were working to assess damage in the area, but the communities of Rio Dell and Ferndale had “borne the brunt” of the damage.

There was a confirmed Rio Dell building fire related to the earthquake, which has since been extinguished, McGuire said. The earthquake caused some damage to Fernbridge, a Humboldt County landmark built on State Route 211 in 1911 that has survived earthquakes and flooding.

https://www.latimes.com/california/story/2022-12-20/earthquake-northern-california-ferndale-rio-dell After California quake, no water, no power, damaged buildings

Seckton Children’s Digital Camera review: The best $40 you’ll ever spend as a parent

Should L.A.’s train and bus rides be free?