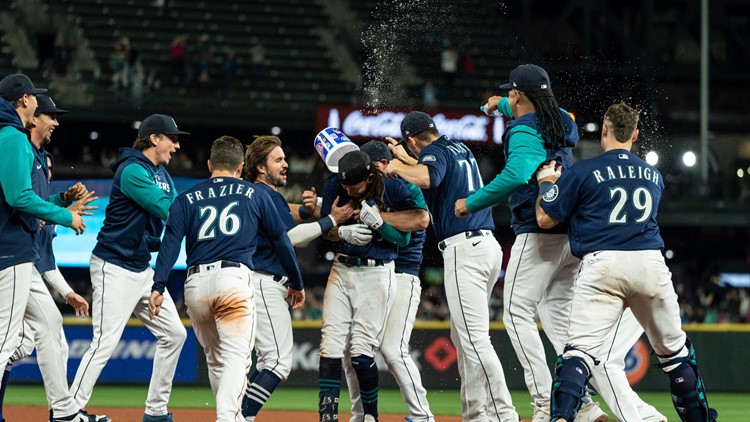 It’s official — the Seattle Mariners are entering the postseason after the longest playoff drought in MLB history.

The Mariners defeated the Oakland Athletics 2-1 in the first of three home games on Friday night to bring the team’s magic number down to zero and guarantee the M’s a spot in the wild card series.

Tickets to the ALDS and some of the Wild Card and ALCS games sold out in minutes, the Mariners said.

However, the Mariners have six games left in the regular season and their seeding could change.

If the Mariners usurped Toronto for the No. 4, they would host the best-of-three wildcard series at T-Mobile Park against the No. 5.

If Seattle dropped to 6th place, it would face the winner of the AL division with the worst record, the Cleveland Guardians. This three-game series would also be played on the go.

The Mariners last made the playoffs in 2001, when they set an MLB record with 116 regular-season wins, only to fall in the ALCS to the New York Yankees.