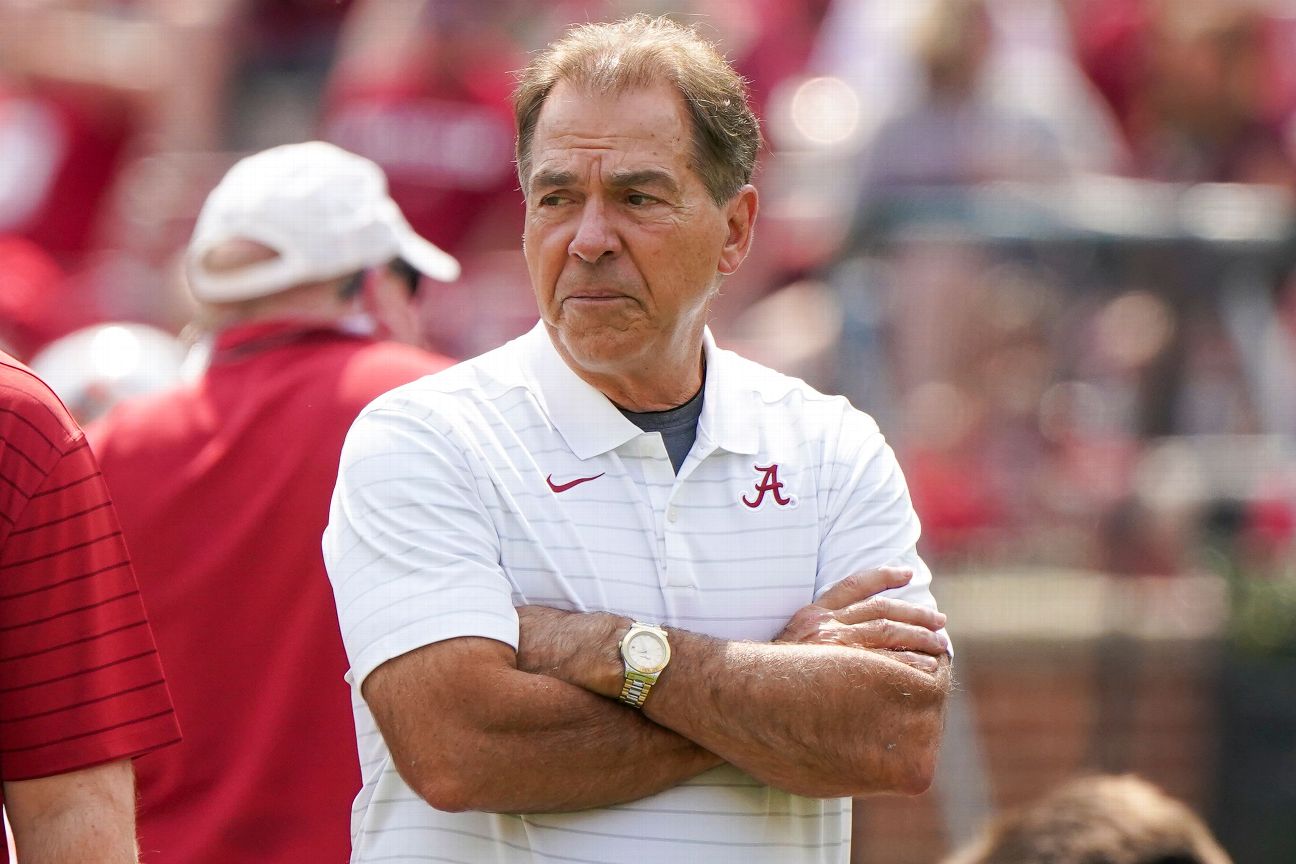 During an appearance on the Always College Football podcast this week, Saban lamented the way the realignment has destroyed the tradition associated with playing in the same conference for an extended period of time.

Last month, USC and UCLA, which have been part of the Pac-12 since it was called the Pac-8, announced they were leaving to join the Big Ten. A year ago, longtime Big 12 powers Oklahoma and Texas agreed to join the SEC, and in response the Big 12 added BYU, UCF, Cincinnati and Houston.

Saban recalled the Oklahoma-Nebraska series that was discontinued when the Cornhuskers left the Big 12 for the Big Ten after the 2010 season.

“But I think we’re going to be looking into this on a larger scale than ever before because I think mega-conferences are probably going to be here,” Saban said. “Market share, a lot depends on why we do what we do.”

Saban, 70, was a college head coach in Toledo, Michigan State, LSU and Alabama. He enters his 16th season with the Crimson Tide, having won six of his seven national titles while in Tuscaloosa.

But despite that success, Saban has in recent years voiced his concerns about the future of the sport, most recently drawing attention to the unintended consequence of athletes being able to make money from name, image and likeness deals.

Saban said on the podcast, which is hosted by former Alabama quarterback Greg McElroy, that he’s in favor of players making money — as long as those opportunities are earned based on performance. But he sees NIL being used by some schools as a recruitment tool to lure high school prospects with promises of money.

In May, Saban said Texas A&M “bought every player” in his senior recruit class, drawing a strong rebuttal from Aggie’s coach Jimbo Fisher.

This week, Saban lamented the erosion of the “competitive balance” and how the gap between the haves and have-nots is widening. Saban added, “And we’re one of the haves!”

“We don’t have any guard rails for what we’re doing right now,” Saban said. “We have no restrictions on who can do what. Some people will be able to do certain things, others will not be able to. But the bottom line is that we will lose the competitive balance. What All We Got In college football, there’s always an attempt to balance the competition. Same scholarship, everyone had to play by the same rules, whether it was recruiting or whatever. At the moment this is not the case.

How the NFL draft decision on Jalen Reagor and Justin Jefferson set the Vikings, Eagles on different courses