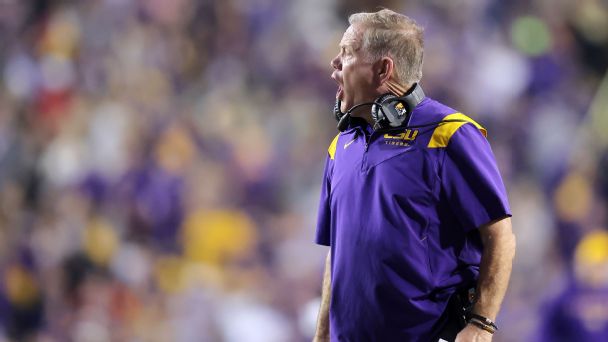 Brian Kelly was ready to give it his all in a single game and more from our College Football Quotes of the Week.

“We didn’t expect this game to go like this, this season like this. But, you know what? I’m glad the kids continue to believe in what we do and today was one of those special moments.”

“They had two really disappointing losses at the beginning of their season. Very disappointing in a place like Notre Dame where you have a lot of expectations. But they reacted and that’s what it’s about.”

“I wouldn’t say it was motivation, but there’s probably something to it, so yeah.”

Georgia Bulldogs quarterback Stetson Bennett on the “phone call” gestures he made during his team’s win over the Tennessee Volunteers. Bennett’s phone number was released to the public before the game and he received hundreds of calls.