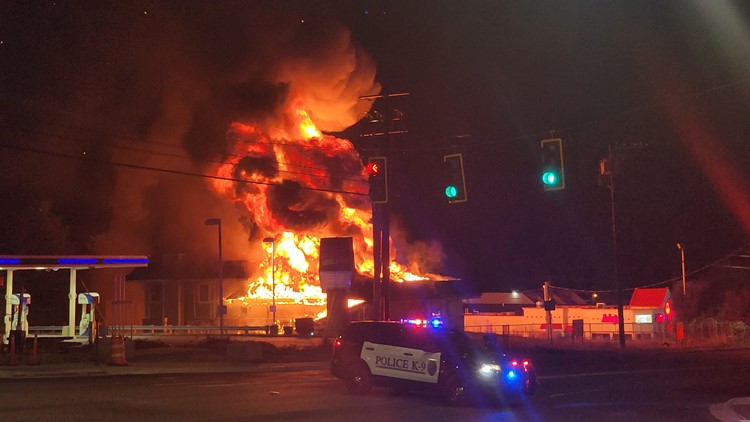 Rescue workers responded to the fire at about 1:30 a.m. at the abandoned Alfy’s Pizza building on the 4800 block of 196th Street Southwest. The fire was under control by 2:15 a.m., according to a tweet from the Lynnwood Police Department.

According to investigators, no injuries were reported. The cause of the fire is currently unknown.

No injuries in this night’s fire at the abandoned Alfy’s Pizza building in Lynnwood. The fire was reported around 1:30 a.m. Nothing is known about the cause. The investigations are ongoing. pic.twitter.com/V7RncXOznT

Razor made a two-seater cargo scooter

J.Crew's Giant-Fit Chinos Are Back in Black

Will $1.35-billion Mega Millions jackpot be won on Friday the 13th?