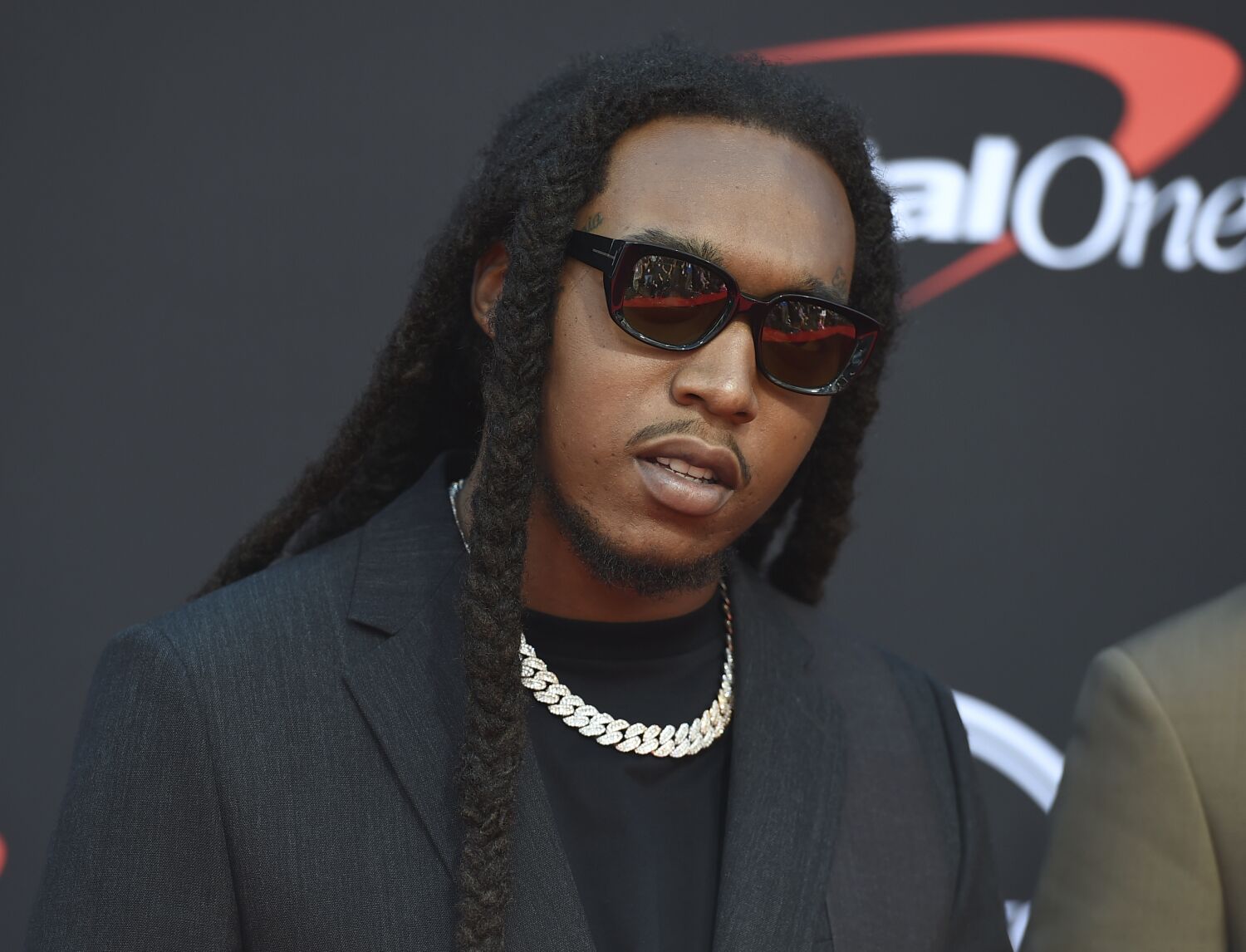 The memorial service for murdered Migos rapper Takeoff will reportedly include performances by some Grammy winners.

Alicia Keys and Justin Bieber will honor Takeoff during Friday’s memorial service for the rapper at the State Farm Arena in Atlanta, TMZ reports.

Event officials did not confirm performance details when contacted by The Times on Wednesday.

The two singers are the latest names in the music industry to attend Friday’s ceremony. They join Drake, who announced on Monday that he will be “paying respects to our dear friend this weekend”.

Takeoff, whose real name was Kirsnick Khari Ball, is buried in his hometown more than a week after he was killed in a shooting at a Houston bowling alley.

The celebration of life begins at 12 noon

Complimentary tickets became available Tuesday for Georgia residents but were quickly claimed, an arena employee said Wednesday. Despite demand, Takeoff’s memorial will not be broadcast live, The Times confirmed.

Fans who were unable to secure tickets are “strongly encouraged not to come downtown” to pay tribute to Takeoff.

“No gifts or items may be left at or near the venue,” State Farm Arena said on the memorial’s page.

Instead, the rapper’s family said fans can donate to the Rocket Foundation in honor of Takeoff. The organization supports programs against gun violence.

Takeoff — who formed the Atlanta rap trio Migos with Quavo, his uncle, and Offset, his cousin — died Nov. 1 in a shooting that broke out after a private party at 810 Billiards & Bowling. he was 28

According to the Houston Police Department, officers responded to the shooting just after 2:30 a.m. and found a dead man. Two other people were hospitalized with non-fatal injuries.

TMZ reported that Takeoff and Quavo were playing dice at the party when an altercation broke out and someone opened fire.

Police have not identified any suspects or announced any arrests. Houston Police Chief Troy Finner said in a news conference last week he believes two firearms were used in the shooting.

Finner also said he and his team had no reason to believe Takeoff was “involved in anything criminal at the time of the shooting.”

The Harris County coroner called the rapper’s death a homicide in a preliminary report released last week. He died of “penetrating gunshot wounds to the head and torso in the arm,” the report said.

Keys was one of many musicians to acknowledge rapper “Stir Fry” when news of his death broke last week.

“It’s too much… It’s like every day”, she tweeted. “RIP start. Send light to your family and loved ones. We lose too many too soon!!”

2 suspects appear in court related to shooting at Seattle school

4 CSS Progress Bars You Can Use on Your Website